After a two-day session working in an urgent, serious and responsible manner, the 10th Session of Buon Ma Thuot city People’s Council, 11th tenure, closed on 15th July, completing the working plan with many important content. Based on the practical implementation of the targets in the first six months of 2020 as well as the forecast of the situation on socio-economic development and national defence and security in the coming time, the city People’s Council recommended units and localities in the city should pay their attention to the leadership and directives to remove difficulties, boost production – business and stimulate the economic growth. In addition, the city People’s Council requested to enhance the efficiency and effectiveness of the direction and administration of the government bodies of the city, maintain the political situation, social order and safety as well as to ensure the social security and improve the local people’s living standards. 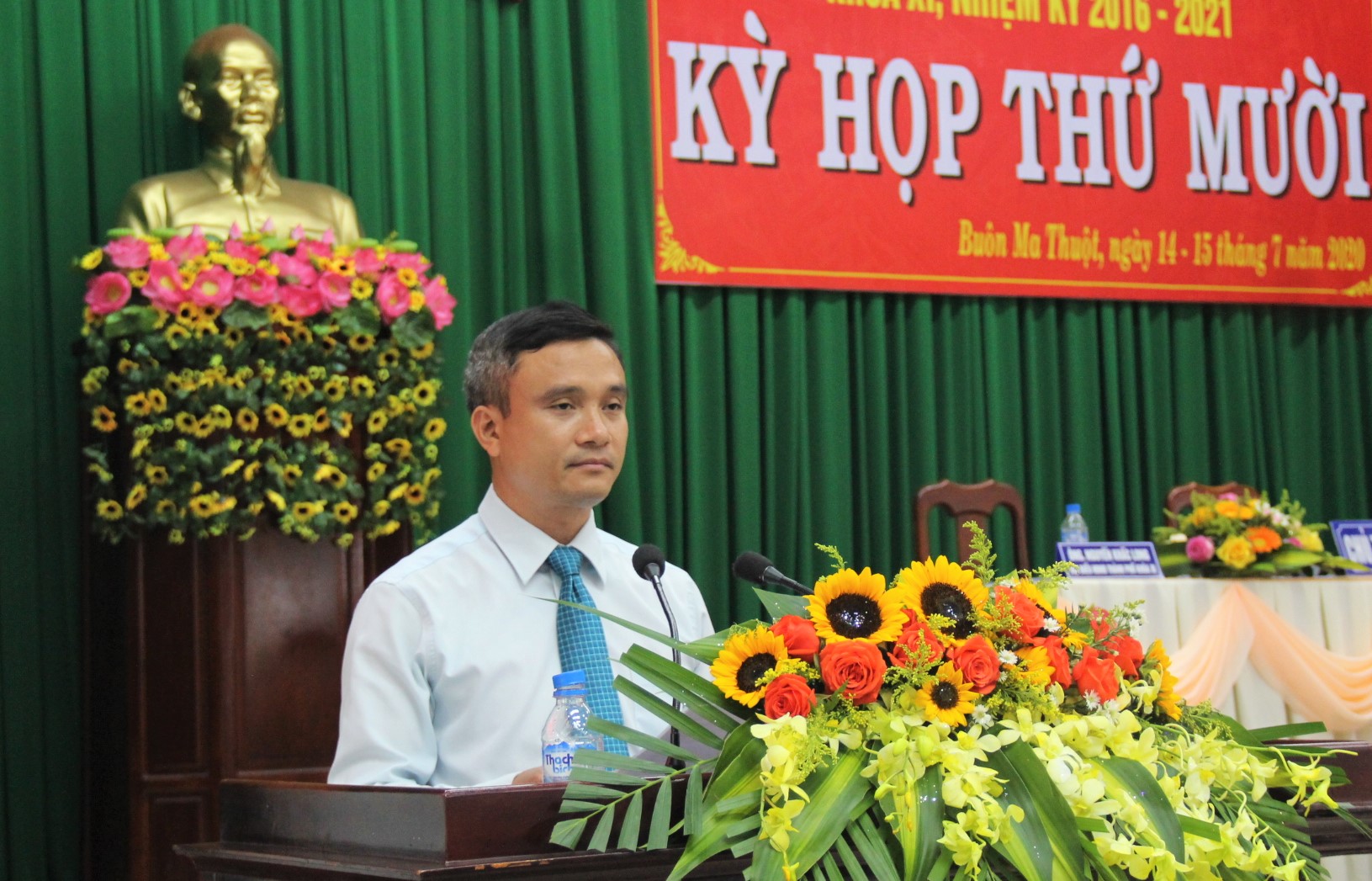 In conclusion, Deputy Chairman of the city People’s Council Nguyen Khac Long emphasised that the Resolutions approved at the session have an important meaning for the success of the socio-economic development task of the city not only in 2020 but also in the coming time.
Therefore, the city People’s Council suggested that the city People’s Committee should urgently implement the approved Resolutions in a synchronously manner to ensure the efficiency contemporaneously with the drastic deployment of tasks, targets and solutions in order to contribute to the successful implementation of tasks and targets of socio-economic development and the maintaining of national defence and security.