On May 2nd, Dak Lak’s National Assembly (NA) delegation led by Mr. Y Bier Nie - Deputy Secretary of the Provincial Party Committee, Chairman of the Provincial People's Council, Head of Dak Lak’s NA delegation met with voters in Cu M’gar district before the 7th plenary session of the 14th NA. The meeting with voters was attended by the leaders of relevant departments and agencies and more than 200 voters from 3 communes of Cu Sue, Ea M'nang, Quang Tien and Ea Pok Town, Cu Mgar district.

At the meeting with voters

At the meeting with voters, the representative of Dak Lak’s NA delegation reported the expected program, contents of the 7th session of the 14th NA including issues, contents which the NA will discuss and decide at the Session as well as activities of the Provincial NA delegation after the 6th plenary session of the 14th NA to present to voters. Accordingly, the 7th plenary session of the 14th NA is expected to open on May 20th and last until June 14th, 2019 in Ha Noi. At this Session, the NA will consider the adoption of 7 bills and 2 draft resolutions; reviewing and giving comments on 9 bills; considering socio-economic issues, supervision and other key issues. 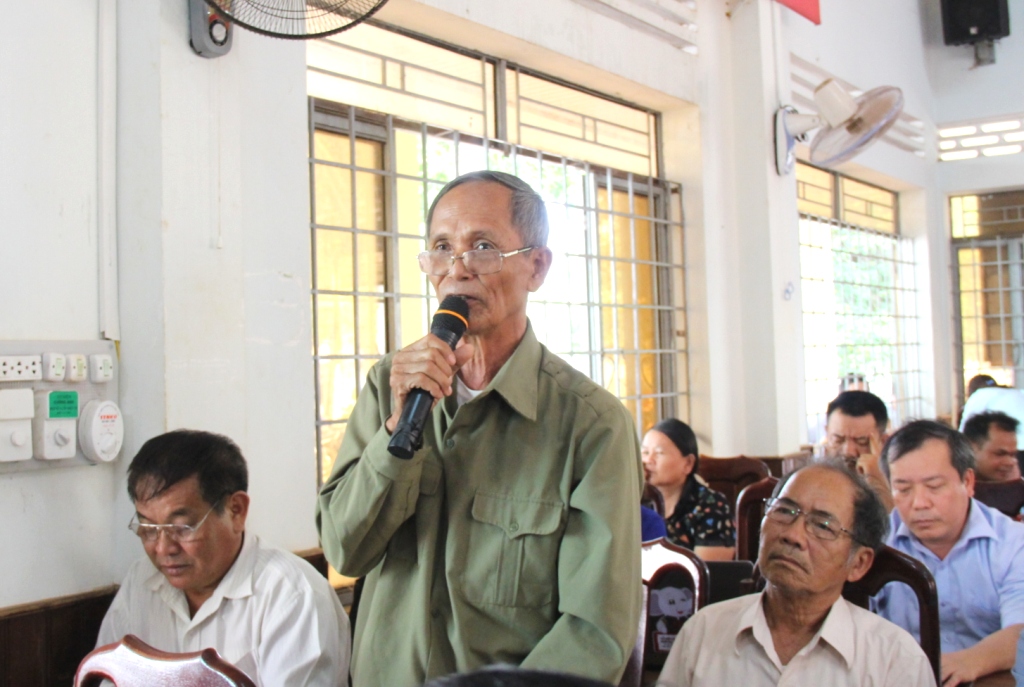 A voter in Ea Pok Town speaks at the meeting

During the meeting with voters, voters in Cu M’gar district made comments and suggestions such as: slowly granting land use right certificates, cumbersome procedures causing difficulties for local people; strengthening measures of environmental protection, strictly handling acts of causing environmental pollution in Sut M'gru village, Cu Sue commune; effective implementation of compensation and site clearance of the Provincial Highway 8 going through the communes of Cu Sue, Ea M’nang in Cu M’gar district; strictly handling the production, processing and trading of counterfeit drugs and fertilizers; propose effective solutions to solve the situation of low prices of agricultural products such as coffee, pepper and rubber. 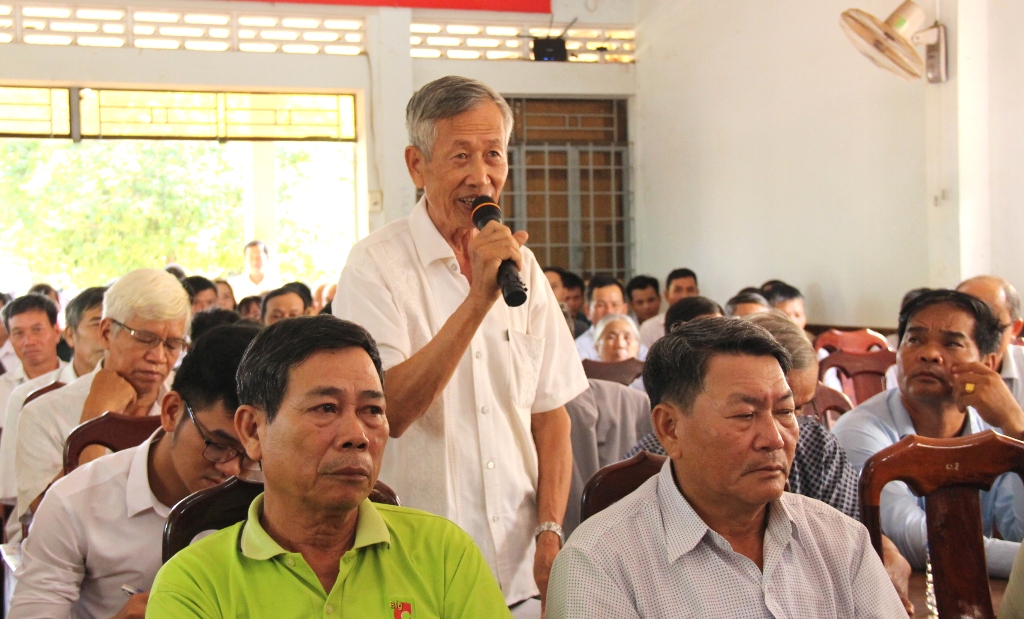 Besides, voters also suggest that there should be effective measures to control the increase in gas and electricity prices; to pay attention to investment in transport infrastructure development in Ea Pok Town; to effectively resolve policies for people with meritorious services to the country; to build up a plan to create jobs aiming to avoid the unemployment after graduation; to support policies, having appropriate allowance for disabled people, etc. 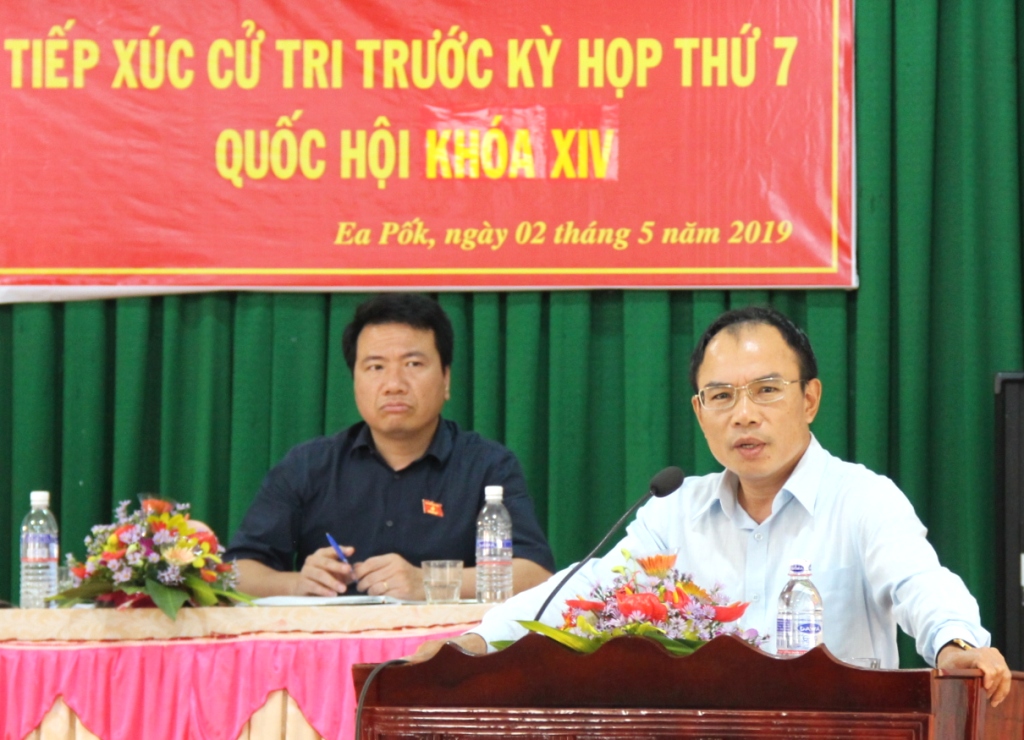 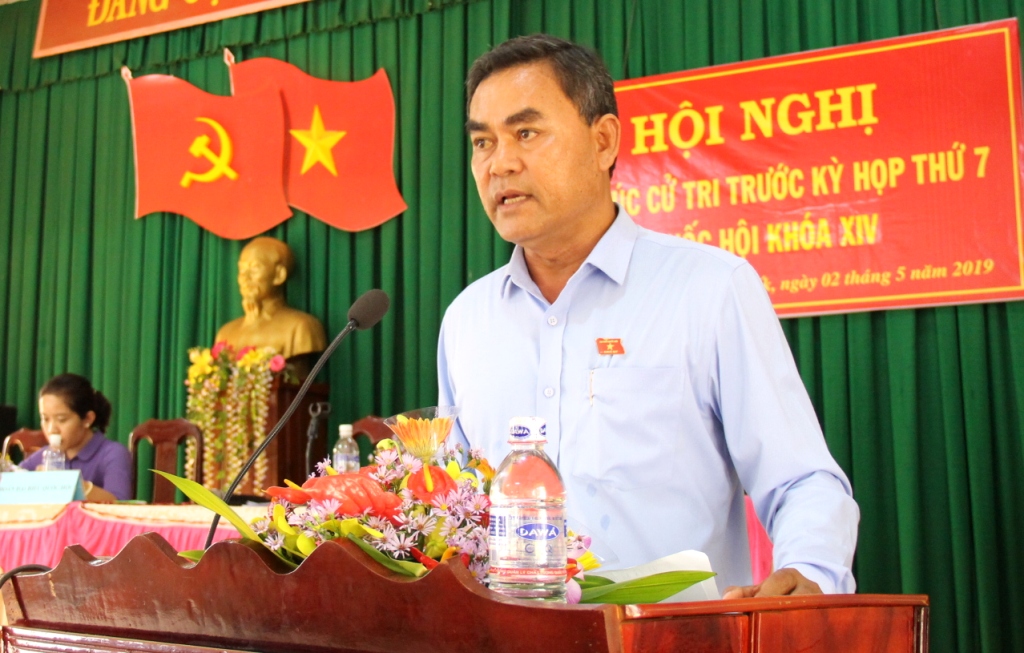 Concluding the meeting, Mr. Y Bier Nie - Deputy Secretary of the Provincial Party Committee, Chairman of the Provincial People's Council, Head of Dak Lak’s NA Delegation acknowledged the voters' opinions and suggestions and directly explained and clarified some contents. For the opinions under the jurisdiction of the departments, sectors and local authorities, he asked relevant units to seriously receive, review and re-check to give answers to voters in which it should be focused on checking administrative procedure reform in agencies and units; increasing the mobilization of local people to raise their awareness of environmental protection, not using banned and noxious substances in animal husbandry and cultivation; strengthening the examination of overloaded cargo vehicles to ensure the lifespan of roads, etc. Comments, proposals which are not under jurisdiction will be collected and reflected to the National Assembly and Ministries and central agencies by Dak Lak’s NA delegation in the next session.