Two weak and old elephants have been released back to the wild to be cared for improving their health after Animals Asia signed an agreement with Anh Duong Co., Ltd. (Buon Don, Dak Lak). This Agreement will last one year or may last longer. 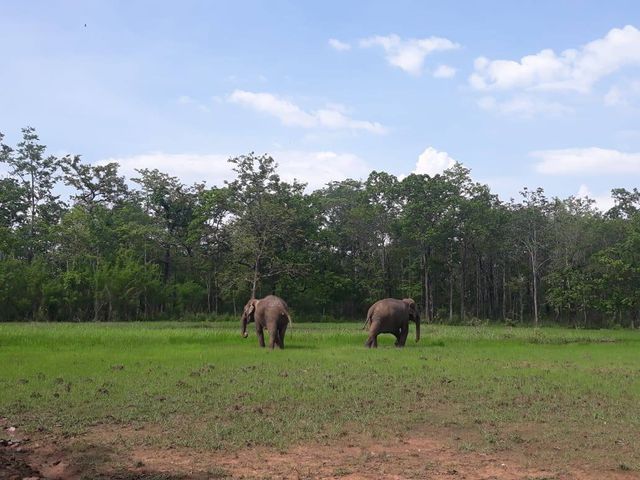 Accordingly, the elephants’ owners will be paid a sum of money by the Animals Asia in return for the freedom of two female elephants of P'Lu (60 years old) and Bun Kon (37 years old) which are belong to Anh Duong. The two female elephants will not have to transport tourists and be released back to the wild in the Yok Don National Park for living and searching for food freely.

Anh Duong’s representatives said that six company’s elephants are serving tourism, and two of them have been participated in an elephant-friendly tourism program. All of six company’s elephants will be joined this program in the future. Being released into the forest and searching for food freely, the elephants’ condition and health will be improved; their longevity will be longer; their fertility will be increased, helping to avoid the risk of extinction of elephants in Dak Lak.

According to the statistics, Dak Lak province had over 500 healthy domesticated elephants in 1980. However, Dak Lak is now home to only about 40 weak and old elephants with poor fertility due to hard work, poor diet and nutrition, etc.
Facing the situation of domesticated elephants getting older and losing their fertility capacity causing by serving too much tourists, Animals Asia is replicating the "humanitarian tourism without riding elephants" model.