Argentine Ambassador to Vietnam Juan Carlos Valle Raleigh led a delegation to pay a courtesy call on leaders of the Dak Lak Provincial People’s Committee and the Provincial Party Committee on December 10th in the morning. 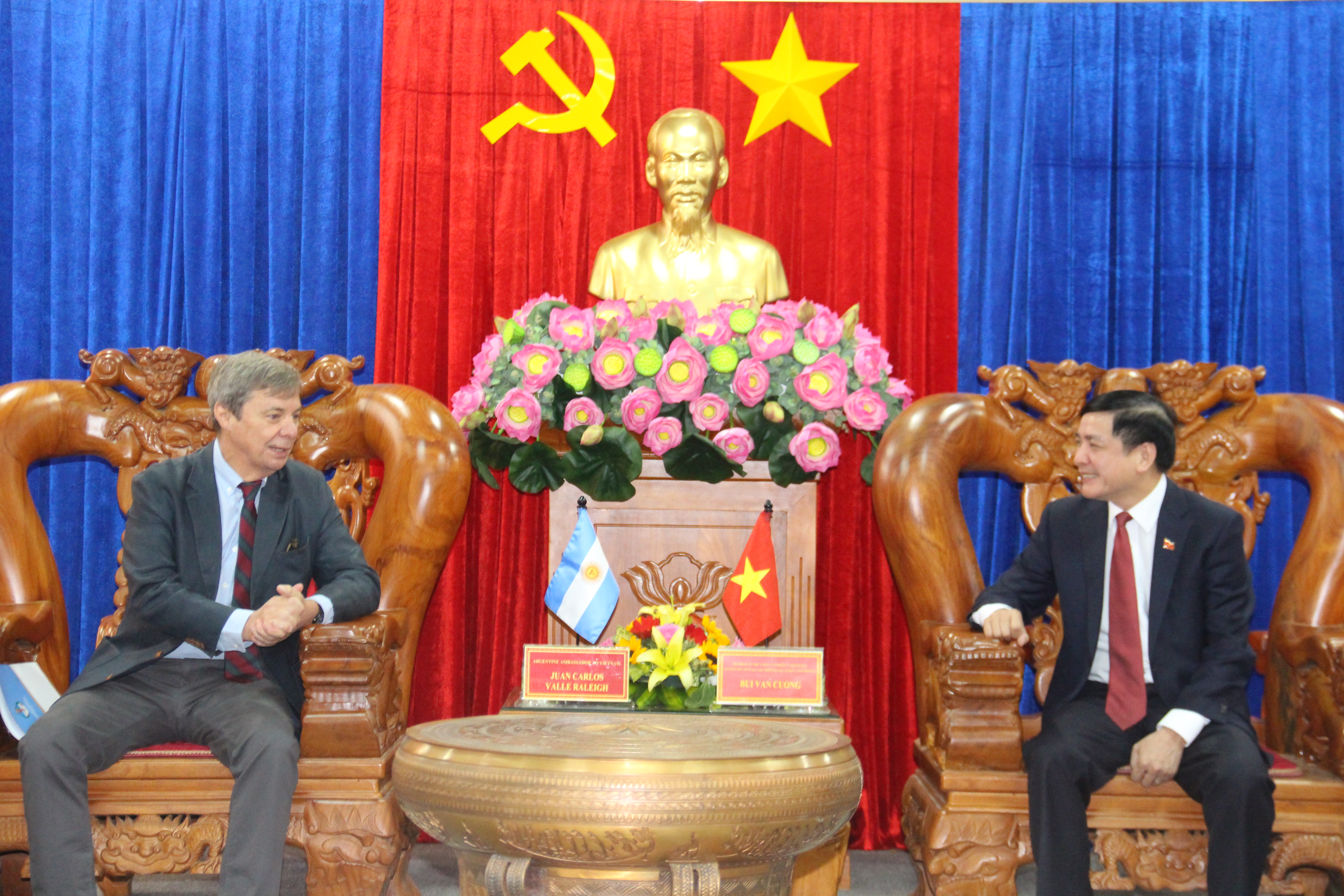 The Dak Lak Party Secretary Bui Van Cuong warmly welcomed the visit of Argentine Ambassador to Vietnam Juan Carlos Valle Raleigh and wished him a high successful visit to Dak Lak. The Secretary appreciated Argentina–Vietnam relations as well as accomplished significant achievements of those relations through years. He suggested making more efforts in collaboration in the fields of economy, trade, investment, tourism, science and technology…, to bring practical benefits for localities on the both sides. He wished the Argentine Ambassador a successful term so as to remain a bridge to contributing to the relations between Argentina and Vietnam in general, Dak Lak province in particular, with attention paid to key products of Dak Lak as coffee, cocoa, black pepper and rubber…. 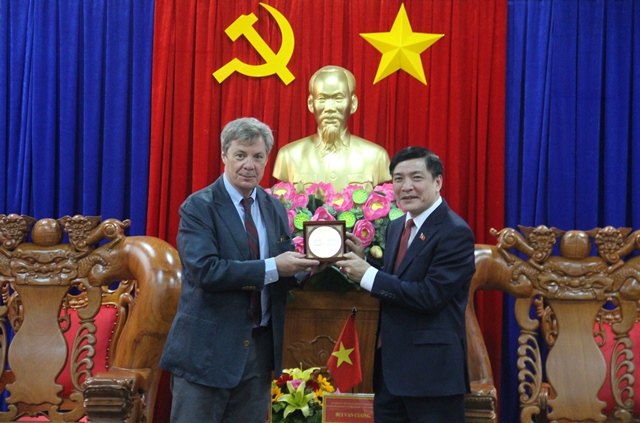 Regarding the cooperation orientations, Mr. Bui Van Cuong suggested that the Ambassador should get interested in supporting Dak Lak province in the promotion of cultural tourism, high-tech agriculture, renewable energy, livestock, export of agricultural products,... Locating in the heart of Central Highlands region, Dak Lak has many potentials for foreign businesses to invest in the province. Therefore, Dak Lak hopes that the visit of Argentine Embassy will further concretize the goals that the two countries are aiming at; specially, Argentine businesses will come to Dak Lak to learn about and promote collaboration between Argentine localities and Dak Lak province, not only in the fields of economy, culture, agricultural research, education and training but also in football. 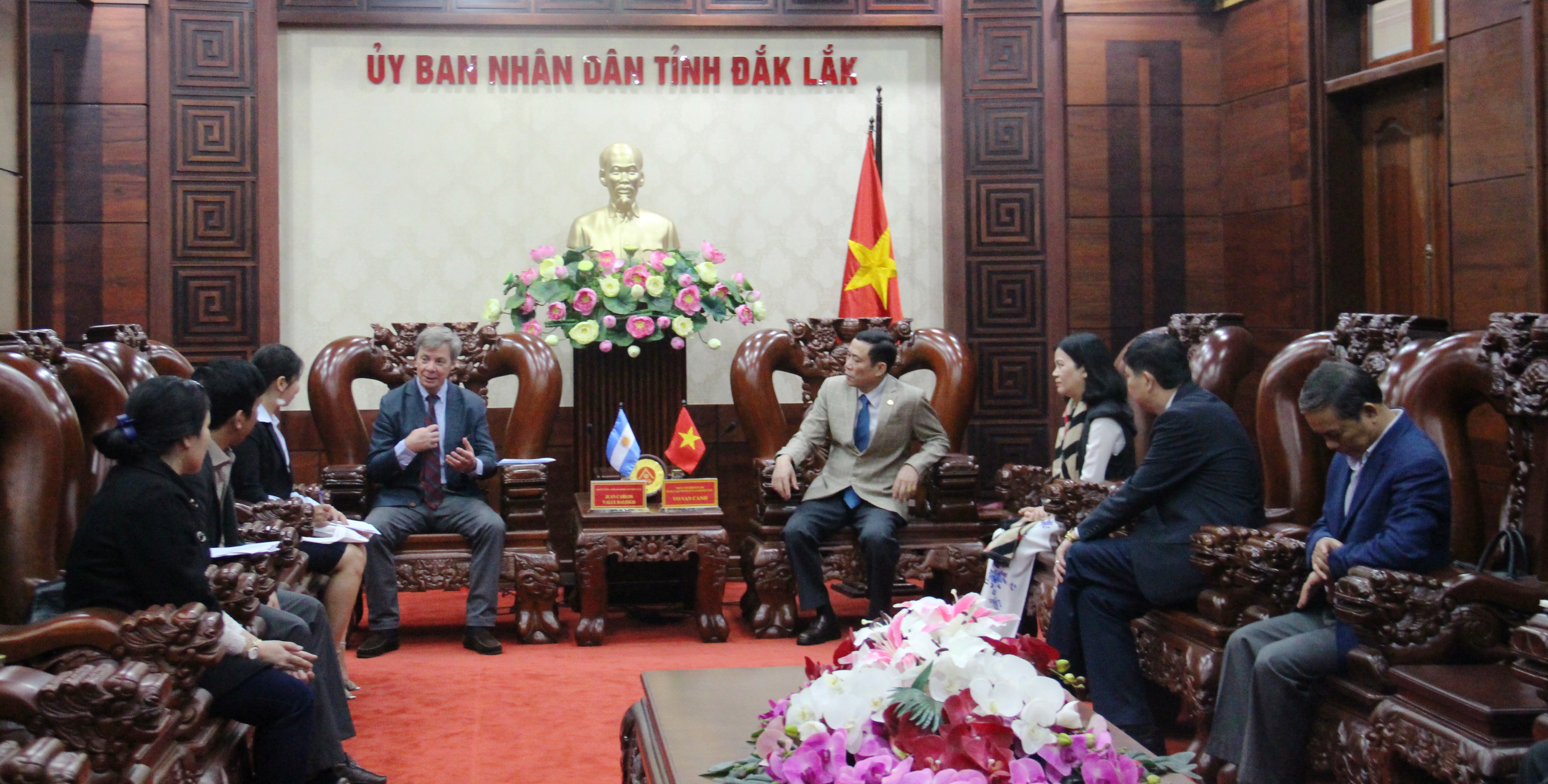 Speaking at the meeting, Argentine Ambassador to Vietnam Juan Carlos Valle Raleigh thanked the province’s warm welcome. He said that Argentina-Vietnam relations have been increasingly tightened and strengthened in recent years, which are reflected by the State visits of the two senior leaders, many signed agreements on various fields and the yearly increase in trade turnover between the two countries. Argentina marks the strength of processing agricultural products and raising large cattle, so it is possible for Argentina to share breeding and processing techniques with Dak Lak province, he said. The Ambassador affirmed that Argentine Embassy in Vietnam would try to connect Argentine businesses to learn and invest in the fields that Dak Lak is calling for investment, especially processing and exporting coffee, cocoa and rubber to South America in general, Argentina in particular, contributing to increasing the two-way trade turnover of the two sides. 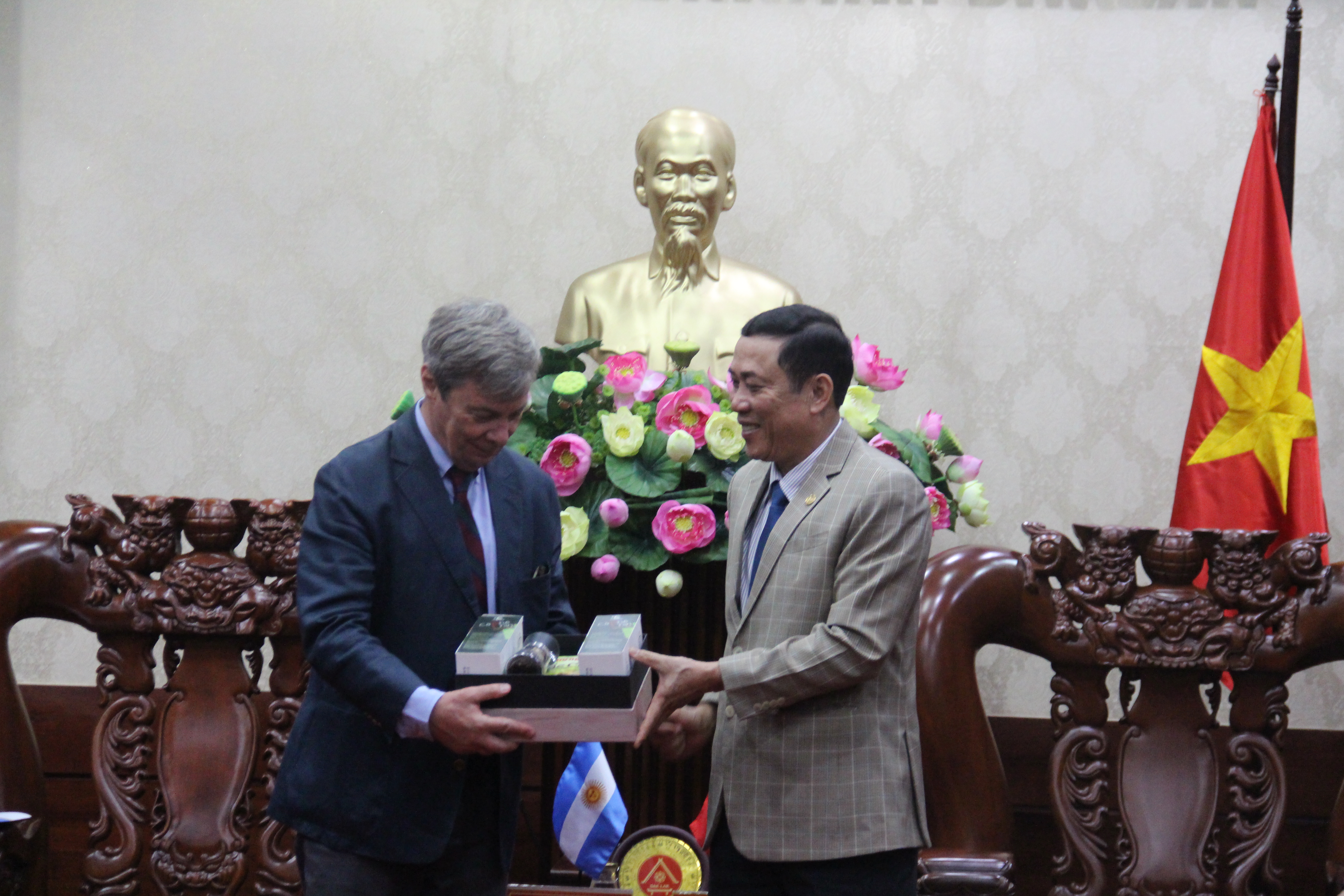 The two sides also agreed at the meeting that there are cultural similarities between Dak Lak and some localities of Argentina. Therefore, the two sides should strengthen exchanges about culture, sports, education and training, thereby contributing to further tightening relations between Dak Lak-Argentine localities. 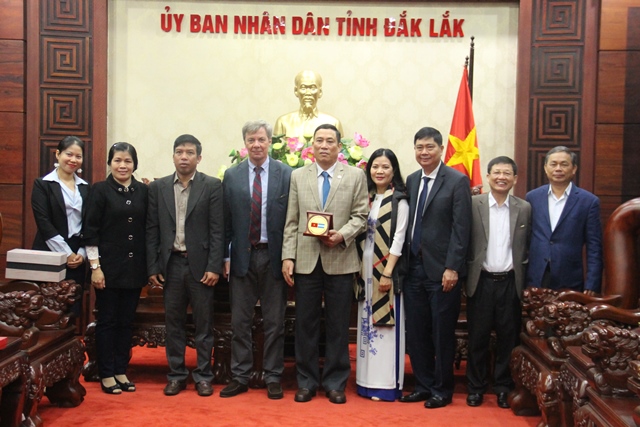