On the morning of July 15th, the Central Propaganda and Training Commission organized the Central Rapporteur Conference of July 2021 in an online format with bridging points across the country. 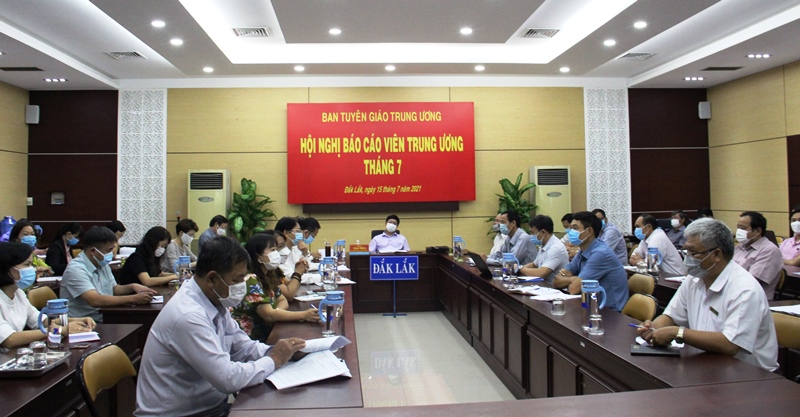 Accordingly, in the first 6 months of the year, foreign affairs of the Party and State was implemented synchronously, punctually, and effectively on all pillars; the foreign policies set out by the 13th National Party Congress were step by step concretized and brought to life; the external activities of senior leaders of the new term were effectively implemented; and international cooperation was promoted to serve the ‘dual goals” of the government. 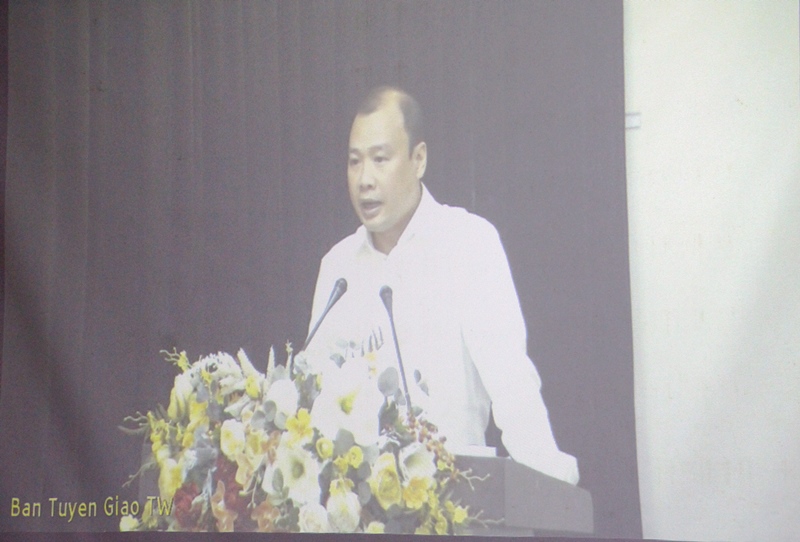 Mr. Le Hai Binh, Deputy Head of the Steering Board for External Information Work, reports at the conference (screenshot)

All the proposed contents and programs of the plenum were completed. With the spirit of democratic centralism and sense of responsibility, delegates contributed many valuable suggestions related to the leadership of the Party to successfully complete the goals and tasks on social-economic development; suggestions to build the Party and political system to be cleaner, stronger, and more comprehensive; and suggestions to build a Socialist State of the people, by the people, and for the people to meet requirements and revolutionary tasks in the new period.

Speaking at the conference, Mr. Phan Xuan Thuy, Deputy Head of the Central Propaganda and Training Commission, addressed some key contents of the propaganda work in the coming time including continuing to affirm the meaning and role of the 13th Central Party Committee’s third plenum and the upcoming first meeting of the 15th National Assembly; COVID-19 prevention and control under the synchronous and drastic participation of the political system, people, and businesses in the country; and important holidays and anniversaries in July and August.