On the afternoon of August 1, the provincial People's Committee (PPC) held a regular meeting in July 2019 under the chair of Deputy Secretary of the Provincial Party Committee and Chairman of the PPC Pham Ngoc Nghi. Attending the meeting were representatives of departments, sectors, People's Committees of districts, town and city. 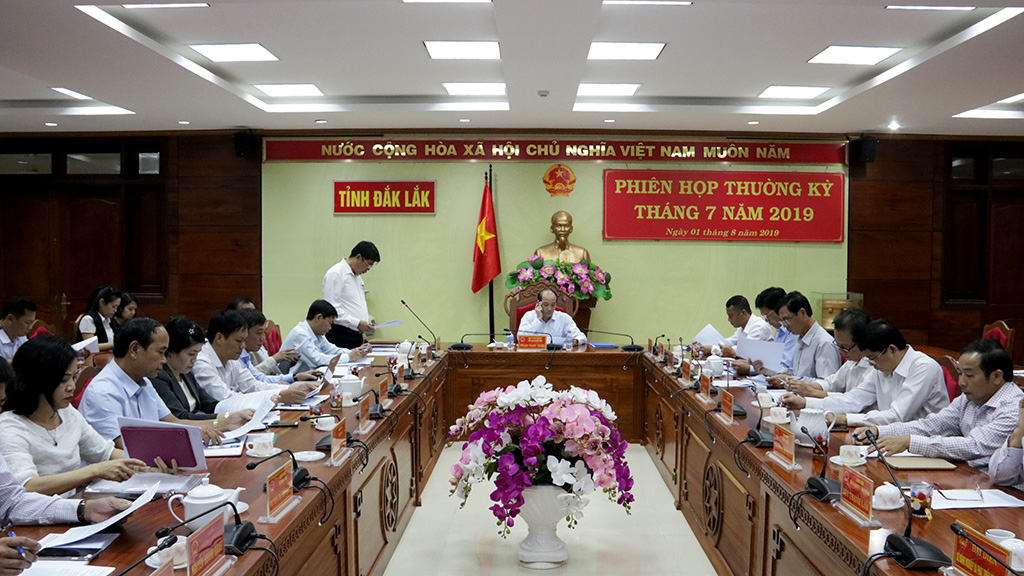 As reported at the meeting, the socio-economic development, social security, national defense and security have remained the stability. Industrial production value was estimated at VND1,244 billion, up 5.8% compared to the previous month. Total retail sales of goods and services reached VND6,412 billion, up 2.7% against the previous month. Export turnover was estimated to reach USD40 million. Budget revenue reached VND 439.68 billion. For 7 months, the total state budget revenue was estimated at VND3,768.287 billion, equivalent to 69.7% of the Central budget’s target, 55.3% of the estimate assigned by the Provincial People's Council. Up to now, the province has cultivated over 201,835 ha of summer-autumn crops in 2019, reaching 97.19% of the plan. 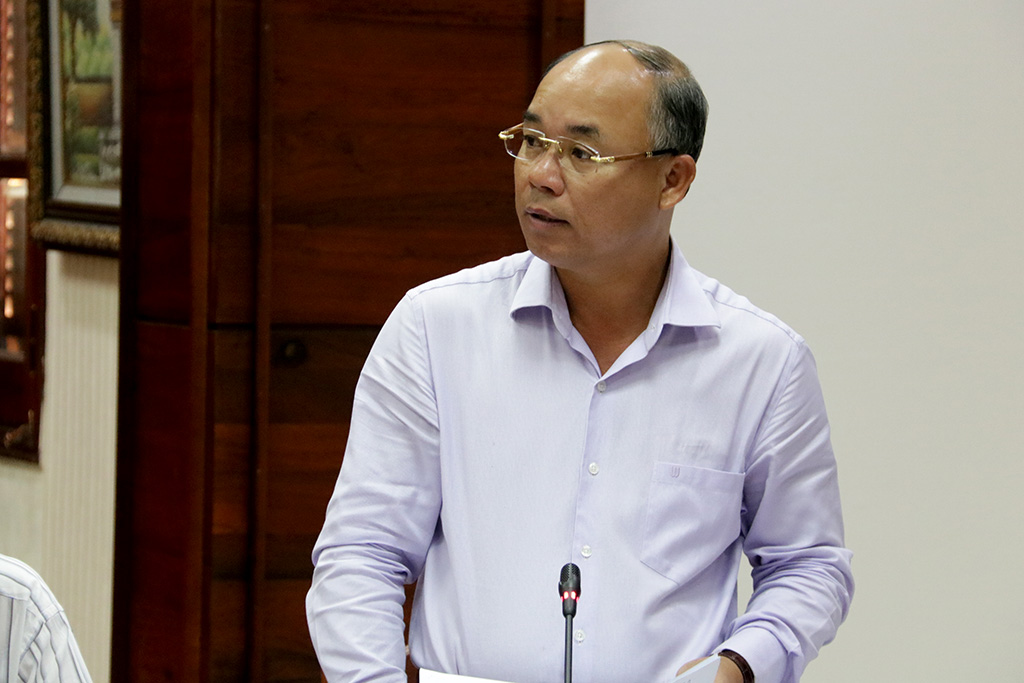 In July, African Swine Fever has spread to 12 out of 15 districts, town and city, leading to the culling of 8,070 pigs. Dengue outbreak has been reported in 14 out of 15 districts, town and city. The total number of dengue fever patients has a sharp increase over the same period last year, seriously affecting health and daily lives of local people. 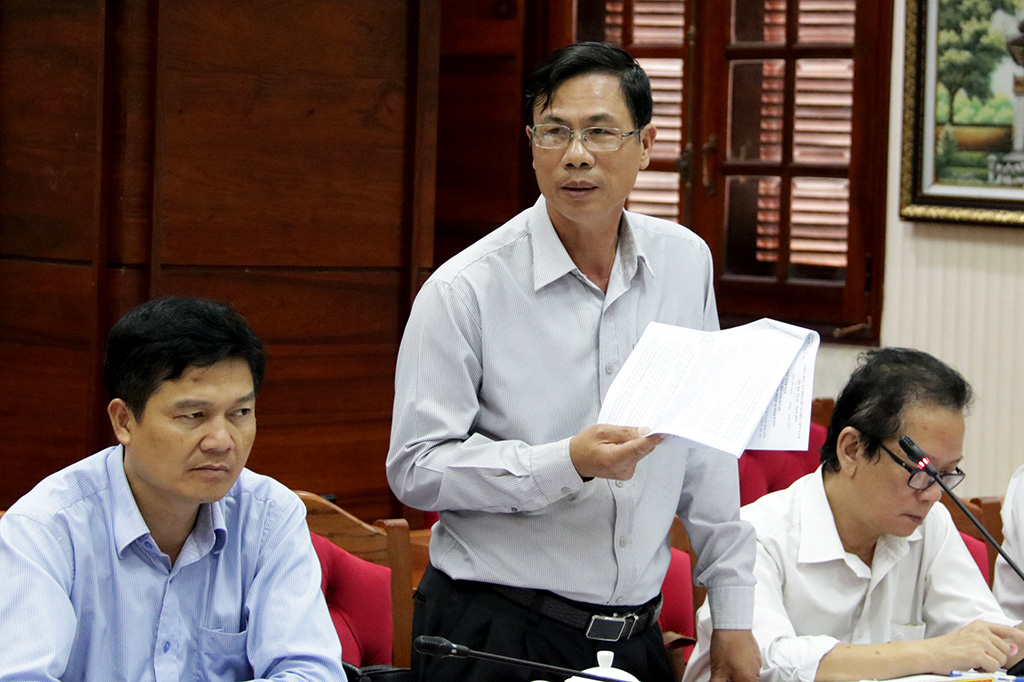 Representative of Department of Planning and Investment reports at the meeting

Under the chair of Mr. Pham Ngoc Nghi, representatives of departments and sectors focused on discussing solutions to speed up the disbursement of construction capital; the prevention and control of African swine fever and dengue epidemic; implementation of the poverty rate target ... 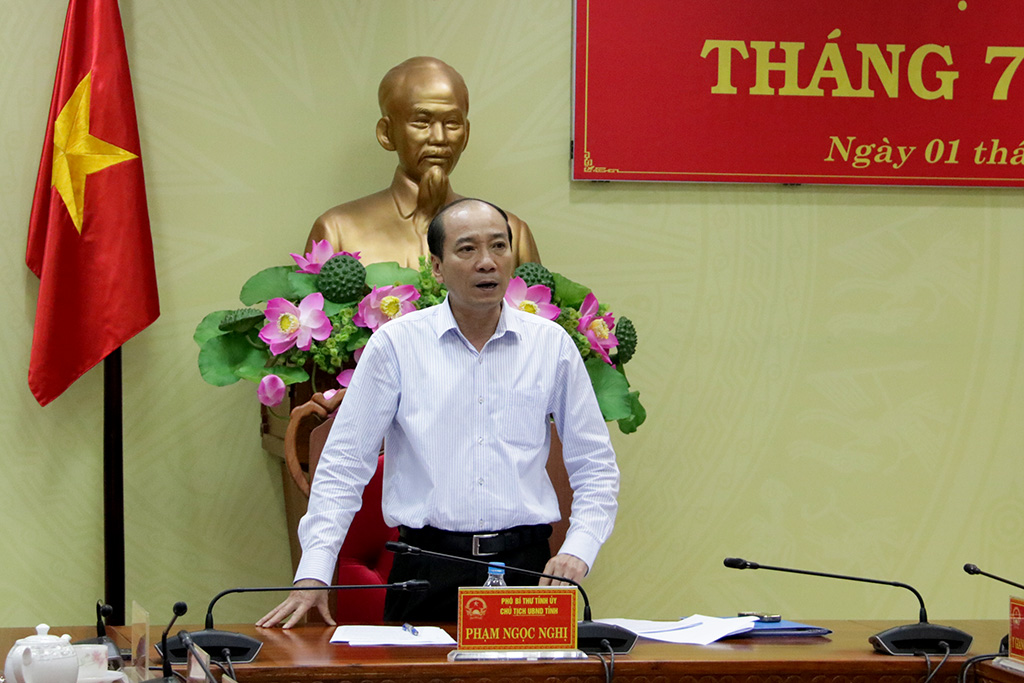 Regarding key tasks set for August and the remaining months of 2019, leader of the PPC requested departments, sectors, People's Committees of districts, town and city to concentrate, promote all resources to synchronously and effectively implement solutions to ensure the province's growth target in 2019, regularly examine and supervise the progress and results of the program and plan performance.