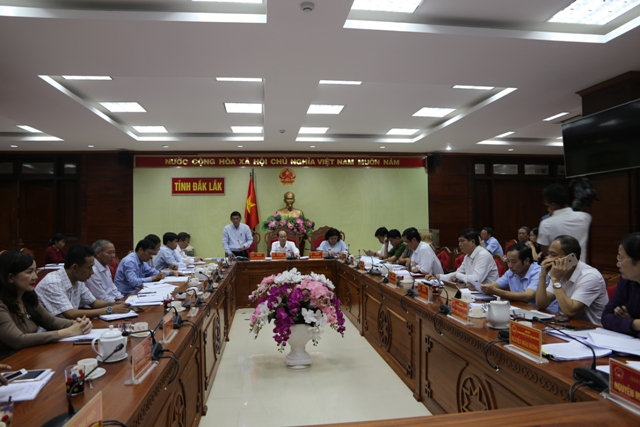 At the meeting, the plan for the provincial socio-economic development, maintaining national defense and security in 2020 was discussed and approved. Basing on the implementation of targets for 2019 and the 5-year socio-economic development plan (2016-2020) according to the Resolution of the 16th Provincial Party Congress in the 2015-2020 term and Resolution No.186 dated January 7, 2016 issued by Dak Lak Provincial People's Council, Dak Lak Provincial People's Committee has outlined the targets of socio-economic development, national defense and security in 2020. Accordingly, the total social products (according to comparative price of 2010) would reach VND61,800 billion, economic growth would increase by 9.7-10% compared with the estimate of 2019; per capita income would reach 54.21 million VND/person/year; mobilization of social investment capital would be estimate at VND42,000 billion, equivalent to 41.07% of total social products; total export turnover would achieve USD650 million, an increase of 4.34% compared to the estimate of 2019; total import turnover would reach USD90 million, up 8.43% compared to 2019; the total state budget revenue is about VND5,450 billion, down 1.1% compared to the estimate of 2019. For social indicators: the poverty rate would decrease from 3.48% to 4.36%; the rate of national standard schools reached 50%. 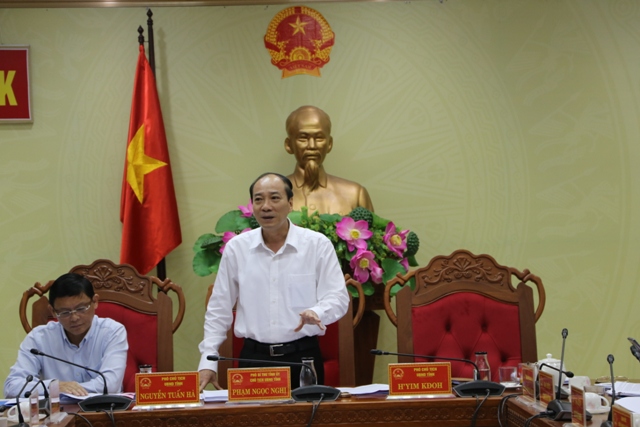 Delegates also discussed the contents in the Resolution of the Provincial People's Council Resolution on supplementing the provincial budget capital plan in 2019. Accordingly, projects which are agreed to use the backup capital include: Project of expanding and upgrading Hung Vuong Street (from Nguyen Cong Tru to Tran Quy Cap); Cây sung Bridge (Km80 + 200) and Cầu Trắng (Km81 + 500) belonging to the Provincial Road No.1 to the youth village of Ia Lop Commune, Ea Sup District; Project of Central Highlands Regional Hospital including the construction of the landscape and Project of upgrading rainwater drainage system on Nguyen Tat Thanh Street, Buon Ma Thuot. 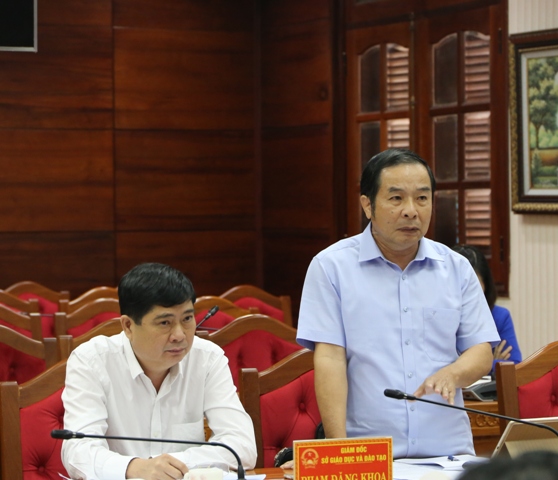 Director of Justice Department speaks at the meeting

Many issues such as the Decision on amending and supplementing some regulations related to compensation and support for resettlement due to land acquisition according to the decisions of the Provincial People's Committee; the overall scheme of arranging and merging villages and population groups in Dak Lak; Resolution of the Provincial People's Council on supplementing the provincial budget plan for 2019 were discussed at the meeting.