On Tuesday morning (May 19th), the Women’s Union of Dak Lak province (WUD) organized a program in Hoa Thuan commune, Buon Ma Thuot city to honor typical examples in the patriotic emulation movement during 2015-2020. 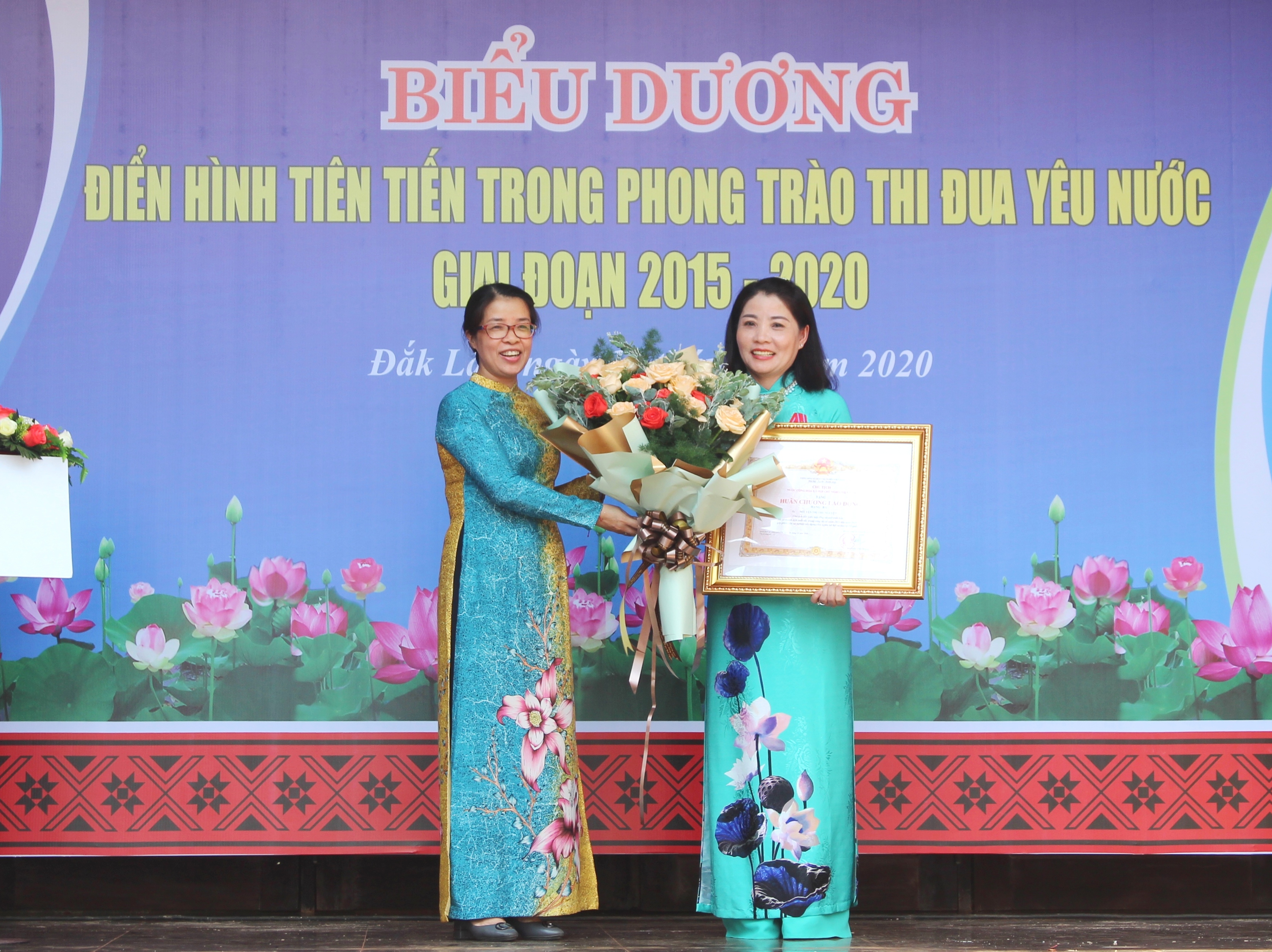 Thoroughly grasping President Ho Chi Minh’s appeal “Emulation is patriotism, patriotism must be emulated and emulators are the most patriots”, in the past 5 years, the WUD concretized the patriotic emulation movement “Women actively learn, work hard, build happy families” and two campaigns of “Supporting women in the practice of moral qualities of Self-confidence, Self-respect, Faithfulness, Resourcefulness” and “Building the family of 5 Without-s and 3 Clean-s” with specific and practical programs and actions.

In last 5 years, all levels of the WUD mobilized over 500,000 turns of its officials, members and women to actively participate in its movements and activities; established 722 models in all fields to support women in comprehensive development and building happy families. The social welfare and community-oriented programs were effectively implemented by women officials and members through models such as “Saving rice jars”, “Piggy banks”, “Love porridge pot”, emulation work “100 cows to join hands with poor women”, etc. to help and share difficulties for the member families and poor women in the province with a total value of nearly VND10 billion. 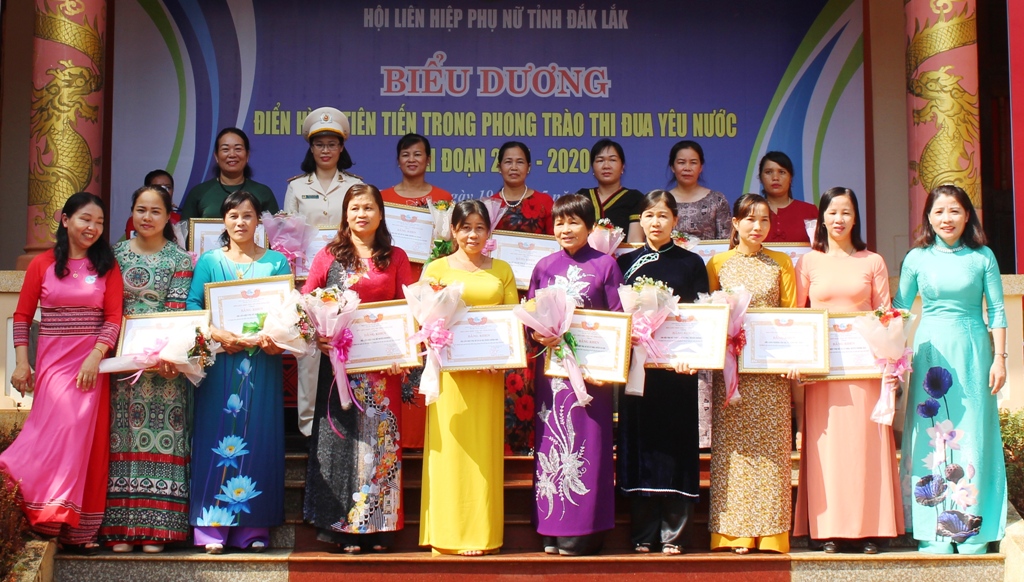 Awarding certificates of merit to typical groups and individuals

Under the program on new-style rural area building, the WUD supported the construction of 4,000 bathrooms and sanitation facilities for poor women; the digging of more than 22,700 waste disposal pits; the establishment of 130 new self-managed female models to protect the environment, prevent crime and social evils. The WUD also mobilized women to contribute workdays and donate land to build welfare works with a worth of VND37 billion.

Particularly, in order to help women with the economic development, the women’s unions at all levels promoted to support women-owned businesses and cooperatives. Particularly, they offered a total amount of VND41 billion to help over three thousand women start their businesses; trusted with commercial banks and mobilized women to help each other in running businesses with a total loan of VND1,600 billion for more than 52,000 turns of members’ households and women; coordinated in vocational training and job creation for over 7,500 women. Thanks to the WUD’s efforts, the whole province had 227,875 female households meeting the criteria of “Building the family of 5 Without-s and 3 Clean-s” and 7,517 poor households headed by women coming out of poverty.

Speaking at the program, the WUD’s President Nguyen Thi Thu Nguyet said that the program was a practical activity to timely evaluate the results of the WUD’s patriotic emulation movements in the past 5 years. In addition, the program was an occasion to recognize and praise collectives and individuals with outstanding achievements and making positive contributions to the WUD’s building and structure as well as women’s patriotic emulation movements throughout the province, making a positive contribution to the cause of national construction and defense. 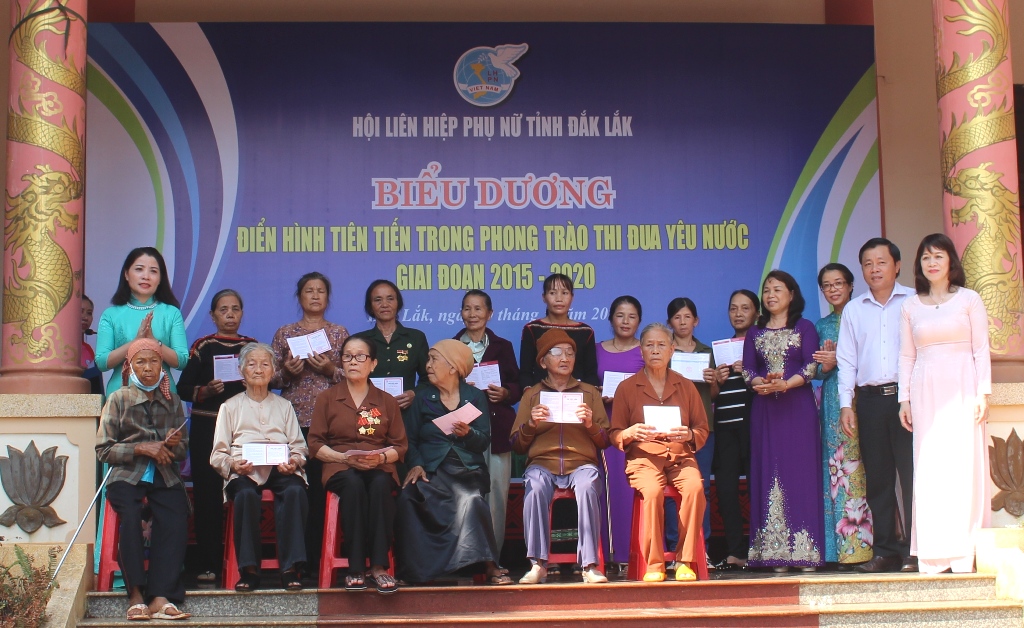 On this occasion, the WUD’s President Thi Thu Nguyet honorably received the Third-Class Labor Medal for her outstanding achievements in the work during 2013 – 2017 and her contribution to the cause of national construction and defense. The WUD awarded certificates of merit to 15 groups and 15 typical individuals in the implementation of the patriotic emulation movement “Women actively learn, work hard, build happy families” in the 2015 – 2020 period; and awarded 15 savings books (VND5 million each) to 15 women with meritorious services to the revolution.