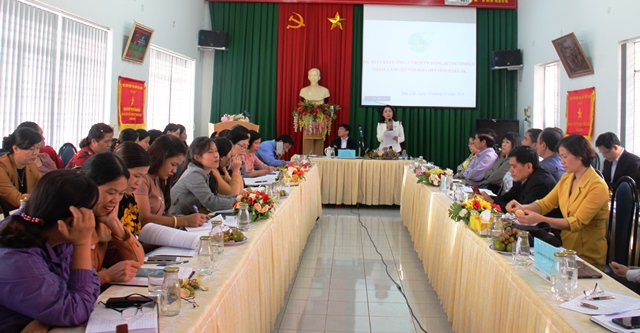 Overview of the working session

At the working session, WU staff and officials submitted their proposals for the rotation and mobilisation of female officials, the capital allocation for creating jobs through the Bank for Social Policies for WU with amount of VND1.5 billion to VND two billion per year. They also recommended arranging working titles for women in hamlets, villages and residential groups as well as allocating land and funds for building “the Provincial Centre for Women Development”. 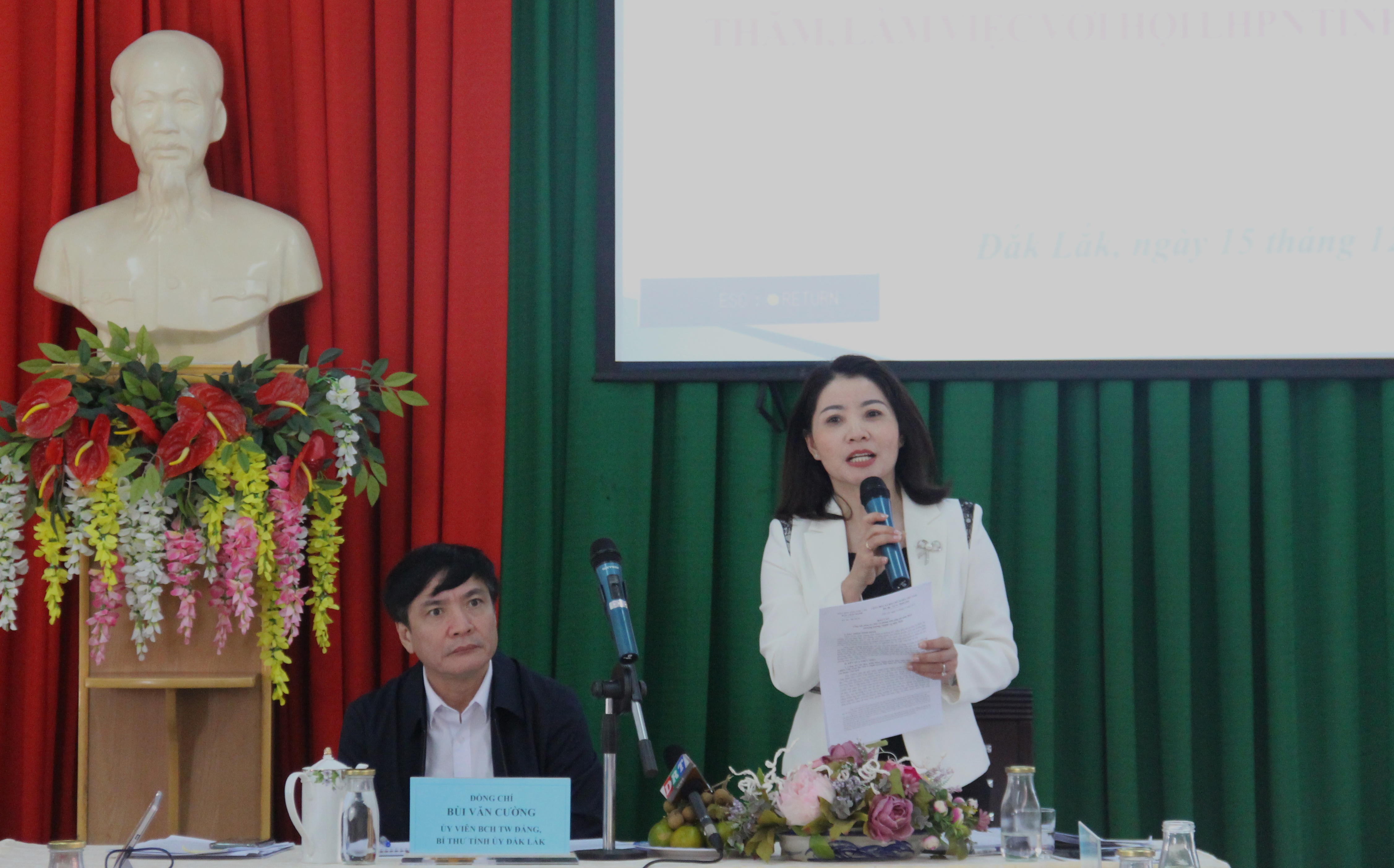 Speaking at the session, Secretary of the Provincial Party Committee Bui Van Cuong acknowledged and appreciated the achievements of Women’s Unions at all levels during the past time. He also proposed that WU should continue to advise the Party committees and authorities together with directing its unions at all levels to well implement emulation movements, contributing to promote women’s role and positions in all fields of society. Besides, Mr. Cuong suggested that WU should have solutions to overcome limitations and difficulties in order to solve outstanding problems in the coming time. Regarding to the proposals and recommendation of WU, the Party Secretary asked the Provincial People’s Committee, Departments and agencies to create favourable conditions to support the Union’s activities; conduct the review and evaluation of female staff and officials, especially female managers and leaders in accordance with the Party's regulations and the Party Committee's regulations to urgently have plans on training, arranging and preparing personnel for the Party Congress at all levels. 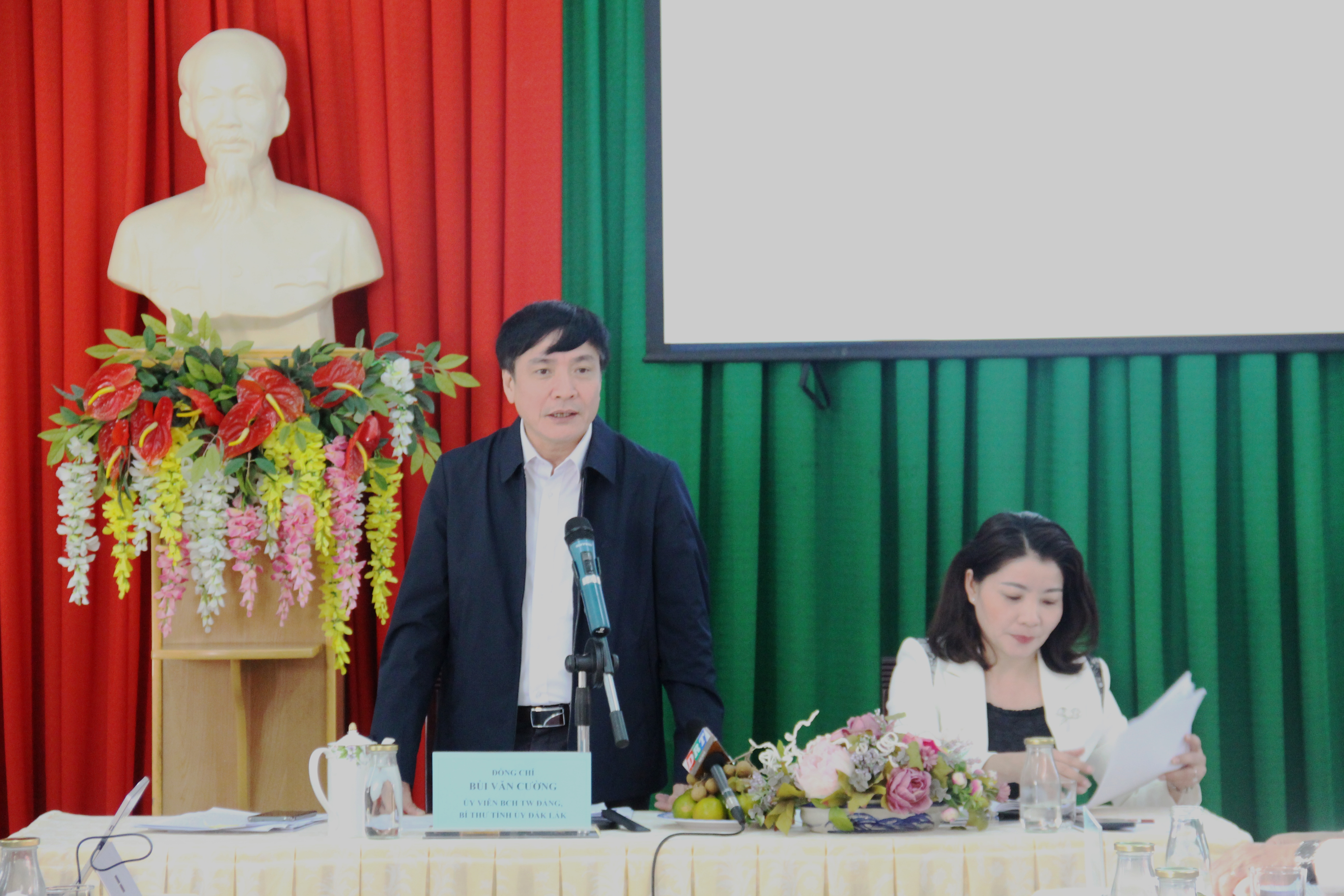 The Secretary of the Provincial Party Committee expressed his wish that in the coming time, WU will actively contribute to the achievement of socio-economic targets, expand many good examples of female businesses and enhance dialogue with the government. He asked WU to proactively develop a project to set up the Provincial Centre for Women Development, training female labour resources to catch up with the new trend. Mr. Bui Van Cuong suggested selecting priority areas for women who start up in technology and have a long-term strategy. Besides, women’s unions at all levels should be actively and advise changing propaganda activities for issues such as: Rural safety and order, safety for girls, regulations on cooperation between WU and other agencies. 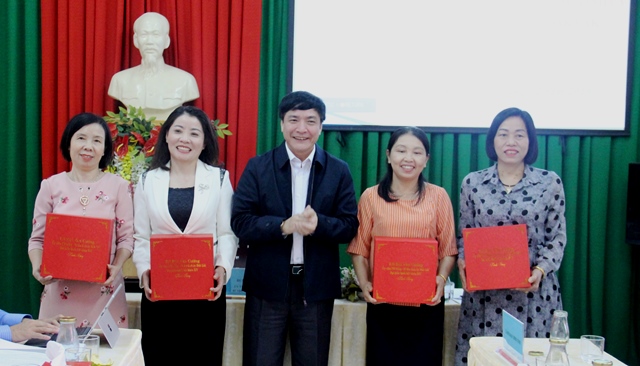 The Secretary noted that WU needs to pay attention to the suggestive orientations of other agencies to overcome limitations in 2020. Besides, the grassroots women’s unions need renew their propaganda methods for the province's important events. On the other hand, it is necessary to have specific solutions to persuade, propagandise and study the forms of Women's Funds as well as economic model guidance for women to study, he said. 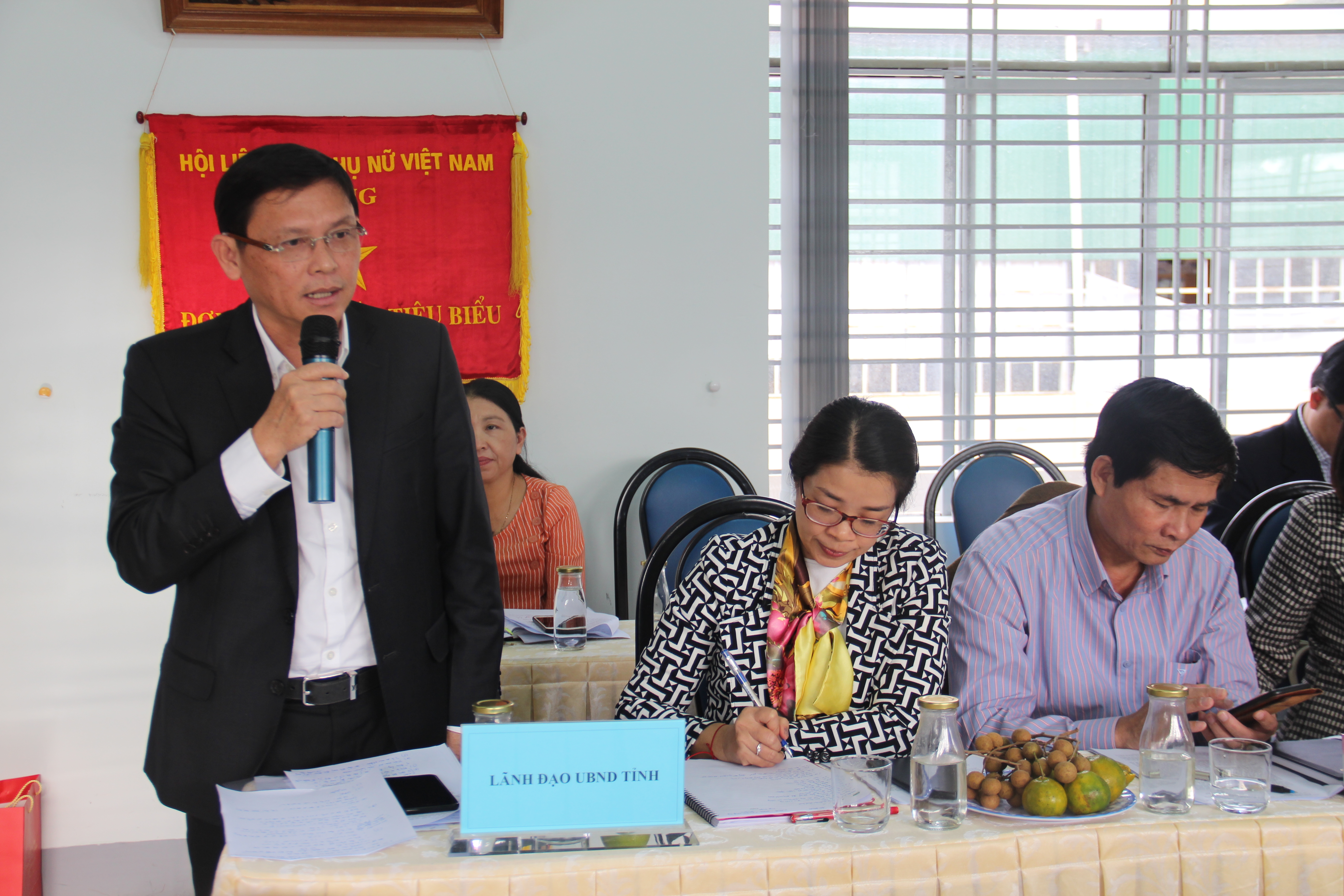 As reported at the event, the Women's Unions at all levels were creative in directing and implementing the emulation movements and tasks of the Union in 2019. The whole province has praised 945 typical examples in all fields, of which 395 are typical ethnic minority women. Through programs and campaigns, WU implemented 352 works on building new-style rural areas; supported 812 start-up cooperatives and individuals with an amount of over VND10.5 billion; persuaded to establish 10 women-owned cooperatives; and coordinated to open 57 vocational training classes for over 1,700 female workers. By October 2019, the province has attracted over 4,600 women to join the Women’s Unions at all levels.

Print Improving quality of women’s unions at all levels, training female employees to match the new trend
Other news
Map