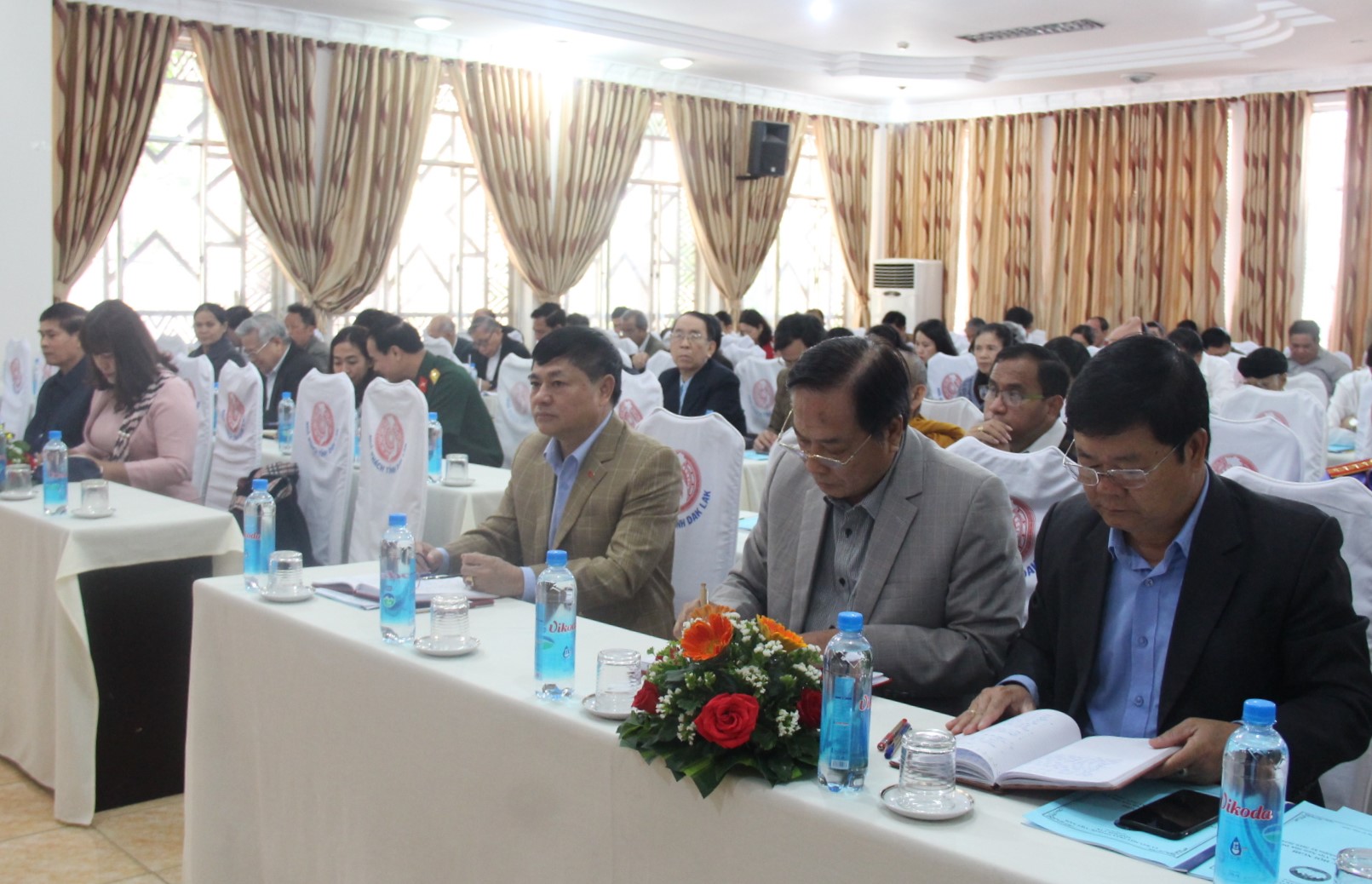 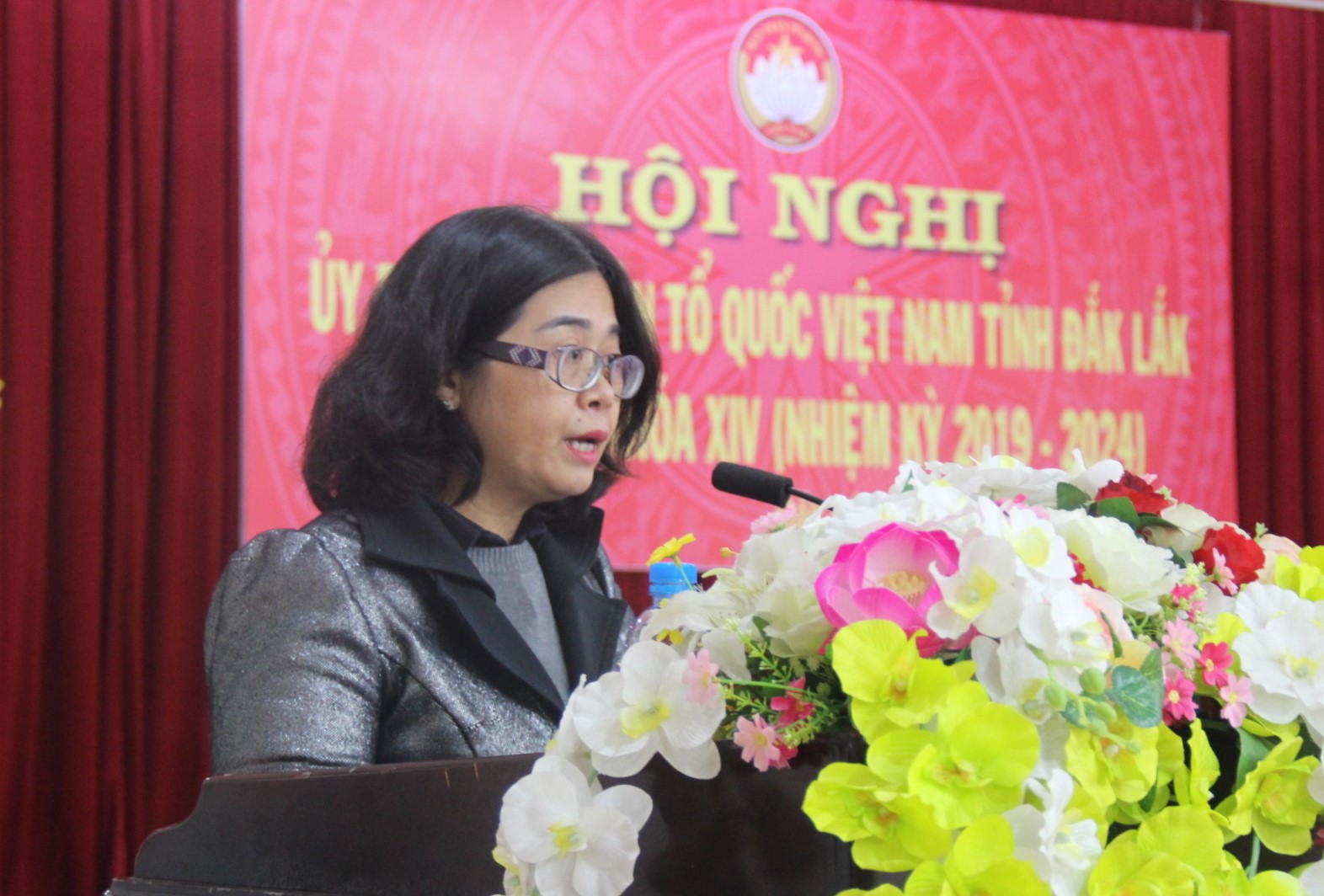 Ms. H'Kim Hoa Bya – Head of the Commission for Mass Mobilization, Chairwoman of the VFF Committee delivers the opening remarks at the Conference

According to the Conference’s reports, in 2019, the VFF Committees at all levels in the province has closely followed their action plans and cooperated with local authorities and their member organizations in promoting propaganda and calling on the VFF Committee’s members and people from all social strata to effectively respond to emulation movements and campaigns launched by the Central and local governments. The campaign "All people unite to build new rural areas and civilized cities" has gained achievements with many strong changes, going into depth with over 350 thousand households recognized as the cultural family title and 1,779 cultural residential areas. The whole province has 53 out of 152 communes which have satisfied standards for new-style rural areas. The campaign "Vietnamese people give priority to using Vietnamese goods" has been promoted and towards the grassroots, with the proportion of Vietnamese consumers using Vietnamese goods accounting for 70%.

Besides, the activities of social supervision and criticism, the participation in building the Party and the Government were effectively implemented. Dak Lak VFF Committee has actively promoted its role in performing the function of representing and protecting the legitimate rights and interests of the people. In 2019, the VFF Committees at all levels in the province received 1,092 complaints, denunciation, petitions and the reflection of citizens, thereby transferring the relevant functional agencies to consider, resolve promptly and effectively. 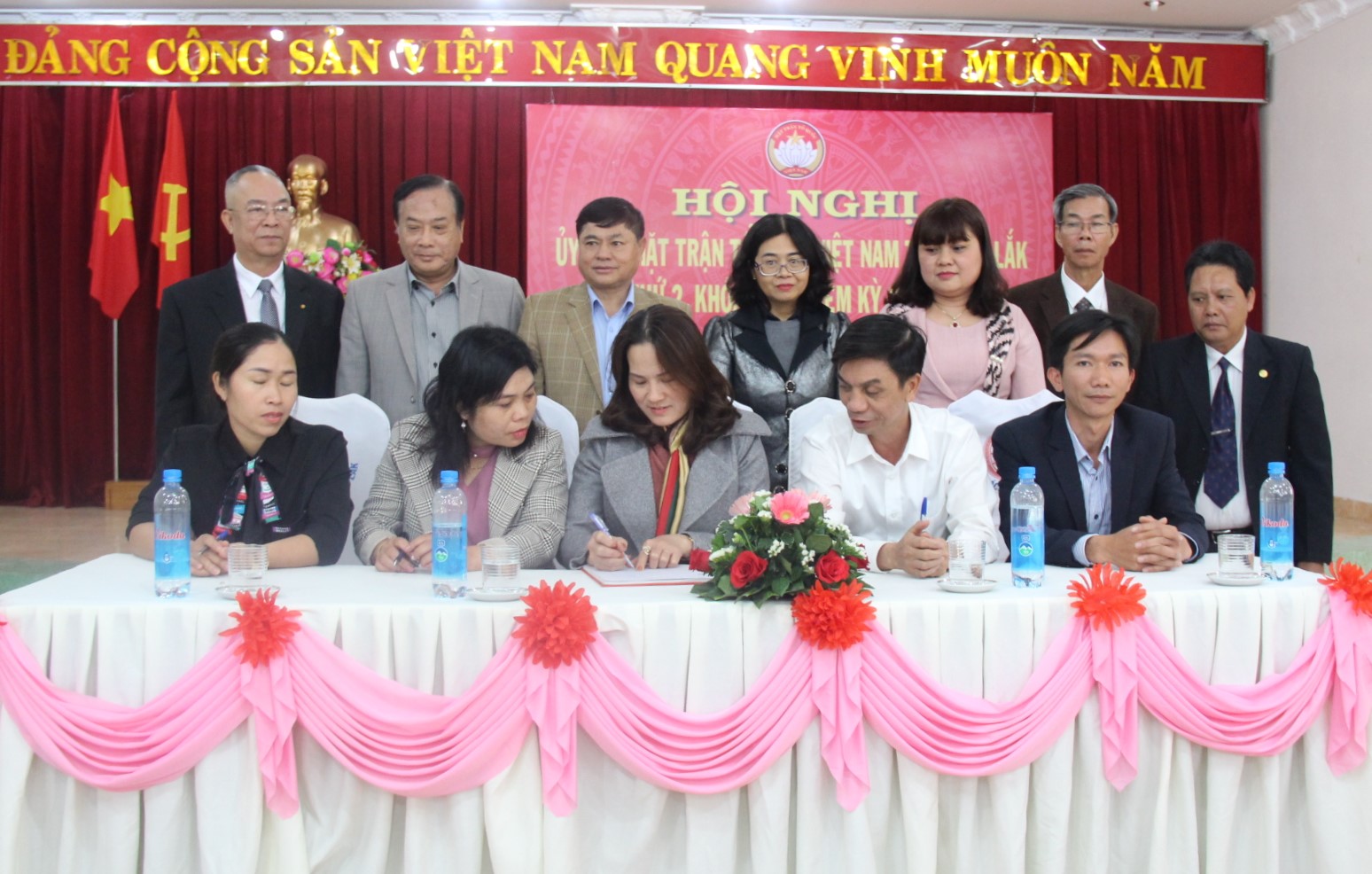 To implement the program on unification and coordination in action, in 2020, the province’s VFF Committees at all levels and their members continue to improve the effectiveness of propaganda, mobilization and gathering of people of all social strata in order to consolidate and develop the strength of great national unity. In addition, they further improve movements, promote democracy, strengthen the function of social supervision and criticism, representing and protecting the legitimate rights and interests of the people, expand and improve the efficiency and quality of people – to people relations. 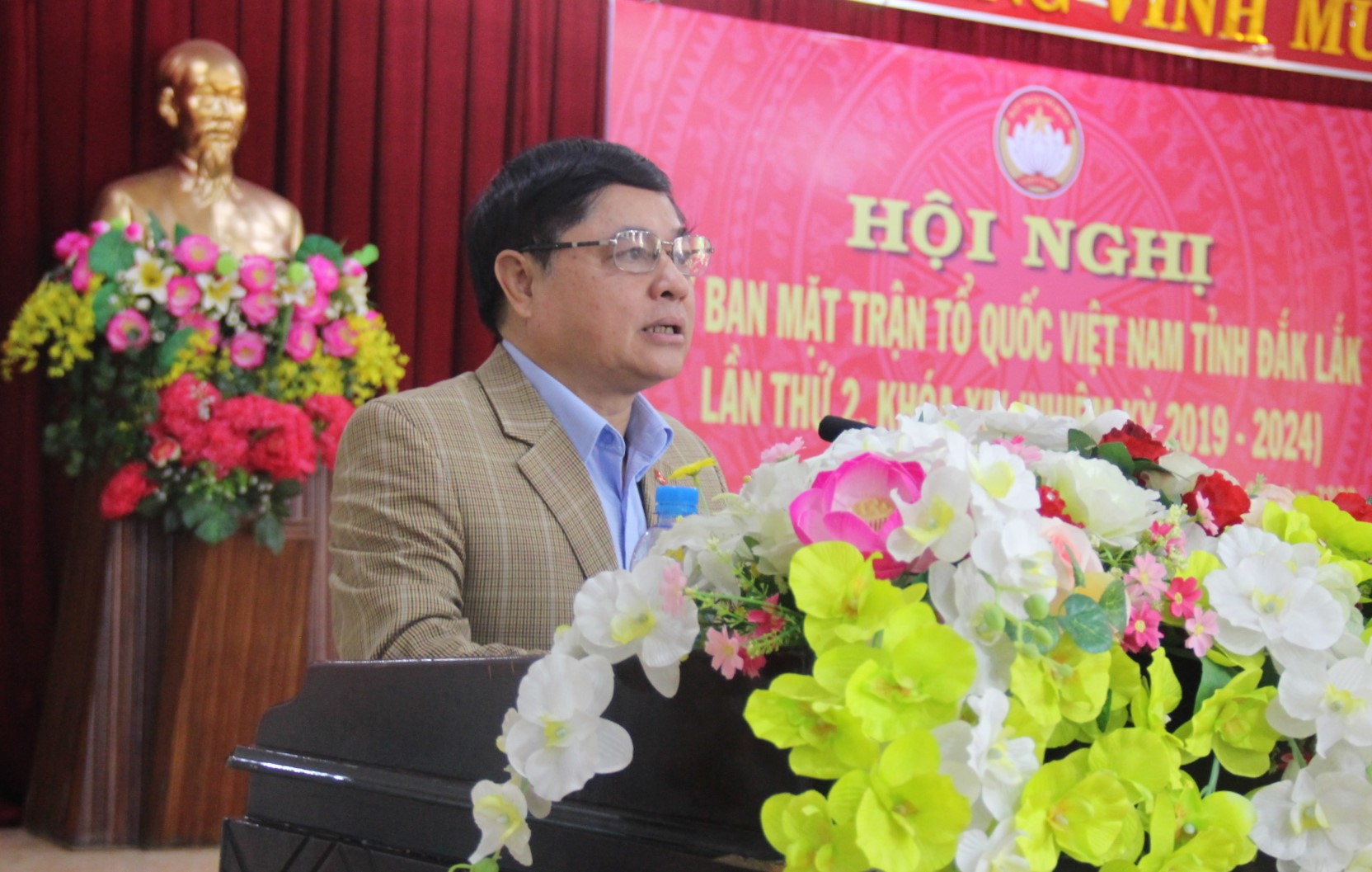 Speaking at the Conference, Mr. Pham Minh Tan - Standing Deputy Secretary of the Provincial Party Committee acknowledged and praised the results that Dak Lak VFF Committee has achieved over the past time. At the same time, he suggested that the VFF Committee should continue to promote study and follow President Ho Chi Minh’s ideology, morality and style associated with the Central Resolution 4 session XII; to actively propagandize about the Party Congresses at all levels towards to the 13th National Party Congress; to mobilize the people to actively participate in the movements of Building the All-people National Defense and All People Protect Security of the Fatherland; to take care of building VFF staff from the provincial level to grassroots level. Moreover, he directed to maintain the "Fund for the Poor"; continue to effectively implement the campaign "All people unite to build new rural areas and civilized cities", "Vietnamese people give priority to using Vietnamese goods"; along with strengthening the social supervision and criticism in order to gradually build a cleaner and stronger Party and Government. 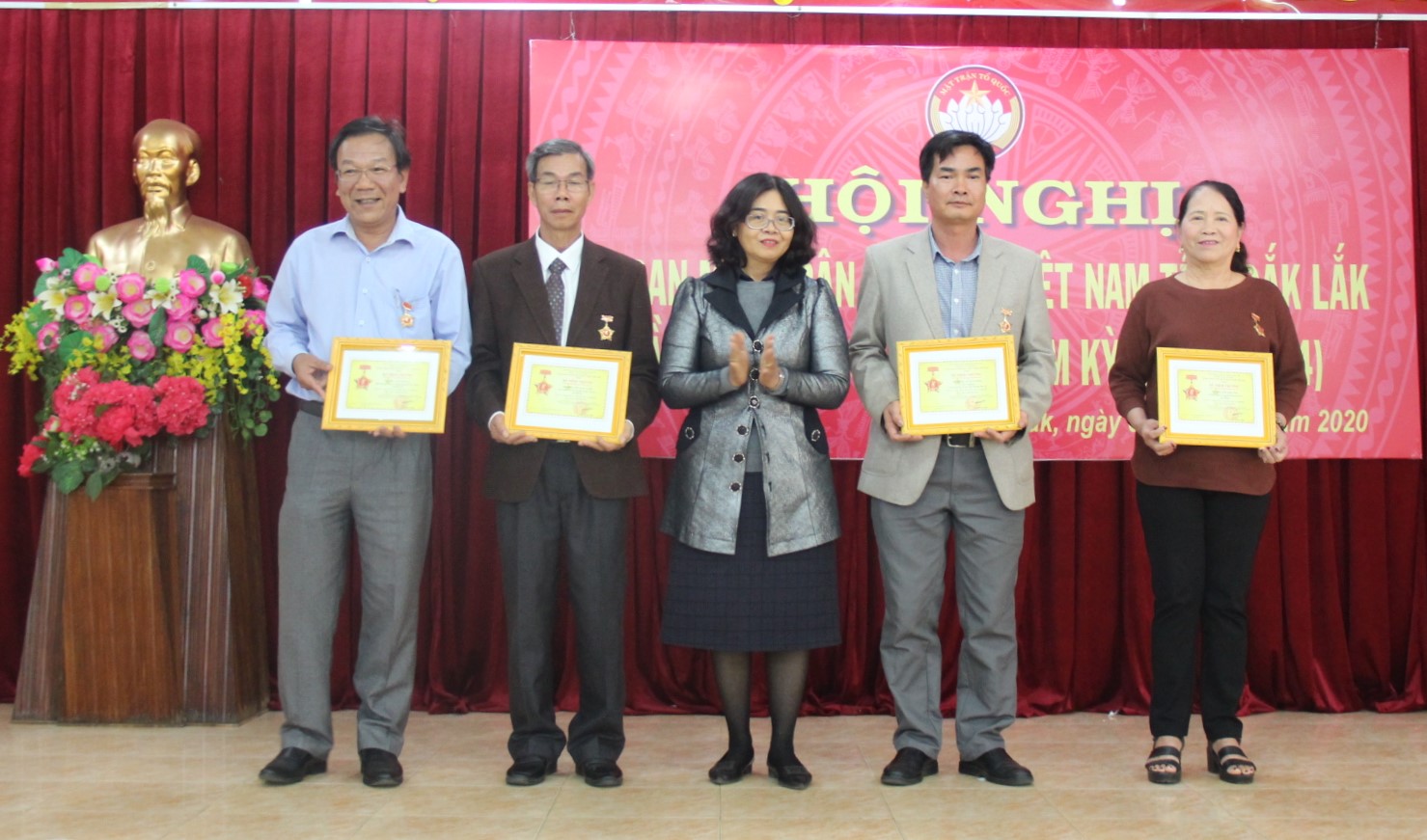 Print Improving the effectiveness of propaganda, consolidating and promoting the great national unity
Other news
Map