NA Chairwoman Nguyen Thi Kim Ngan and members of the working delegation visit and give Tet greetings to the Mobile Training Battalion of the Provincial Border Guard.

Address to the meeting, the NA Chairwoman Nguyen Thi Kim Ngan appreciated the Border Guard’s achievements in recent years. She stressed that Dak Lak marks its location as the specially important and strategic area for military and security of the Central Highlands.  Therefore, ensuring national defence, security and firmly protecting the independence, territorial sovereignty and national border security is an extremely important task of Dak Lak’s Party committees, armed forces and authorities at all levels as well as local people in the area, of which the Border Guards are the key and specialised force, the NA leader said. 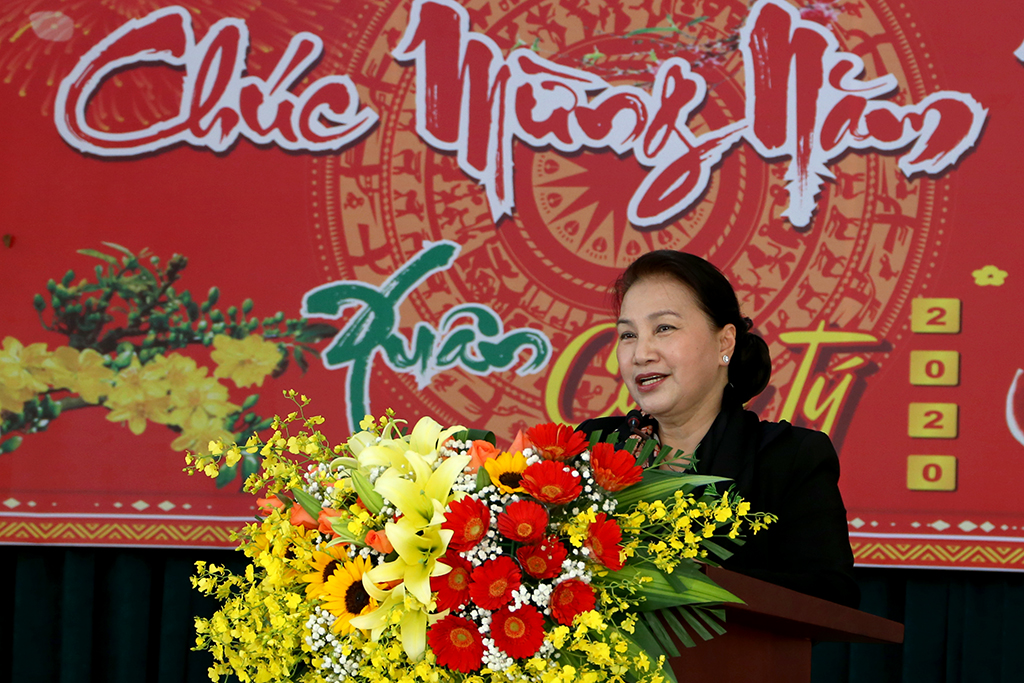 The NA Chairwoman said that the Party Committee and Border Guard of Dak Lak province should maintain the grasp of the Party's guidelines and policies, the State's policies and laws, especially the Resolution of the Resolution of the 12th National Party Congress, the Resolution of the 10th Military Party Congress and the 16th Dak Lak Provincial Party Congress, term 2015-2020. According to the NA Chairwoman, the units and agencies should also continue the implementation of the Agreement treaties and provisions of border legislation, especially the Agreement on border demarcation between Vietnam and the Kingdom of Cambodia, being ratified by the National Assembly of the both countries, which are legal bases for military force to protect national border. Besides, military force needs to closely monitor the situation in an active manner, advice appropriate solutions to effectively handle border situations; not to be passive and surprised in any situation. On the other hand, border guard force must comprehensively renovate their operation to meet requirements in the new situation for a revolutionary, regular, elite, step by step modern army, she said. The top legislator requested the Dak Lak Provincial Border Guard to close local people, mobilise and encourage them to strictly implement the Party’s guidelines and policies, and the State’s laws; unite with them, understand and listen to them as well as imbue with their difficulties and sufferings to help them to overcome difficulties and become good citizens in the border regions and remote areas of the country. 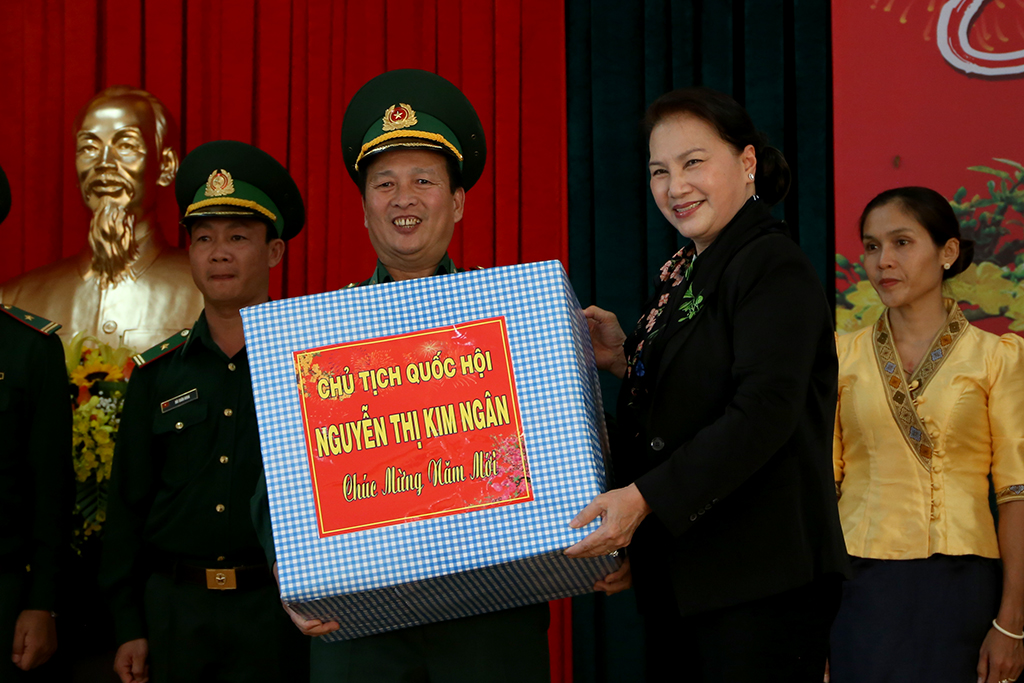 And gifts to agencies

On this occasion, the Chairman of the NA has given Tet greetings to officials and soldiers of the Mobile Training Battalion and Border Guard units under the Dak Lak Provincial Border Guard as well as authorities and local people of Krong Na commune, Buon Don district.