On the afternoon of June 23rd, Permanent Deputy Foreign Minister Bui Thanh Son had a meeting in Dak Lak on the focus of foreign affairs in the new situation. Attending the meeting were Ms. Bui Van Cuong - Member of Central Party Committee, Secretary of Provincial Party Committee, Mr. Vo Van Canh - Vice Chairman of the provincial People’s Committee and representatives of related departments and agencies. 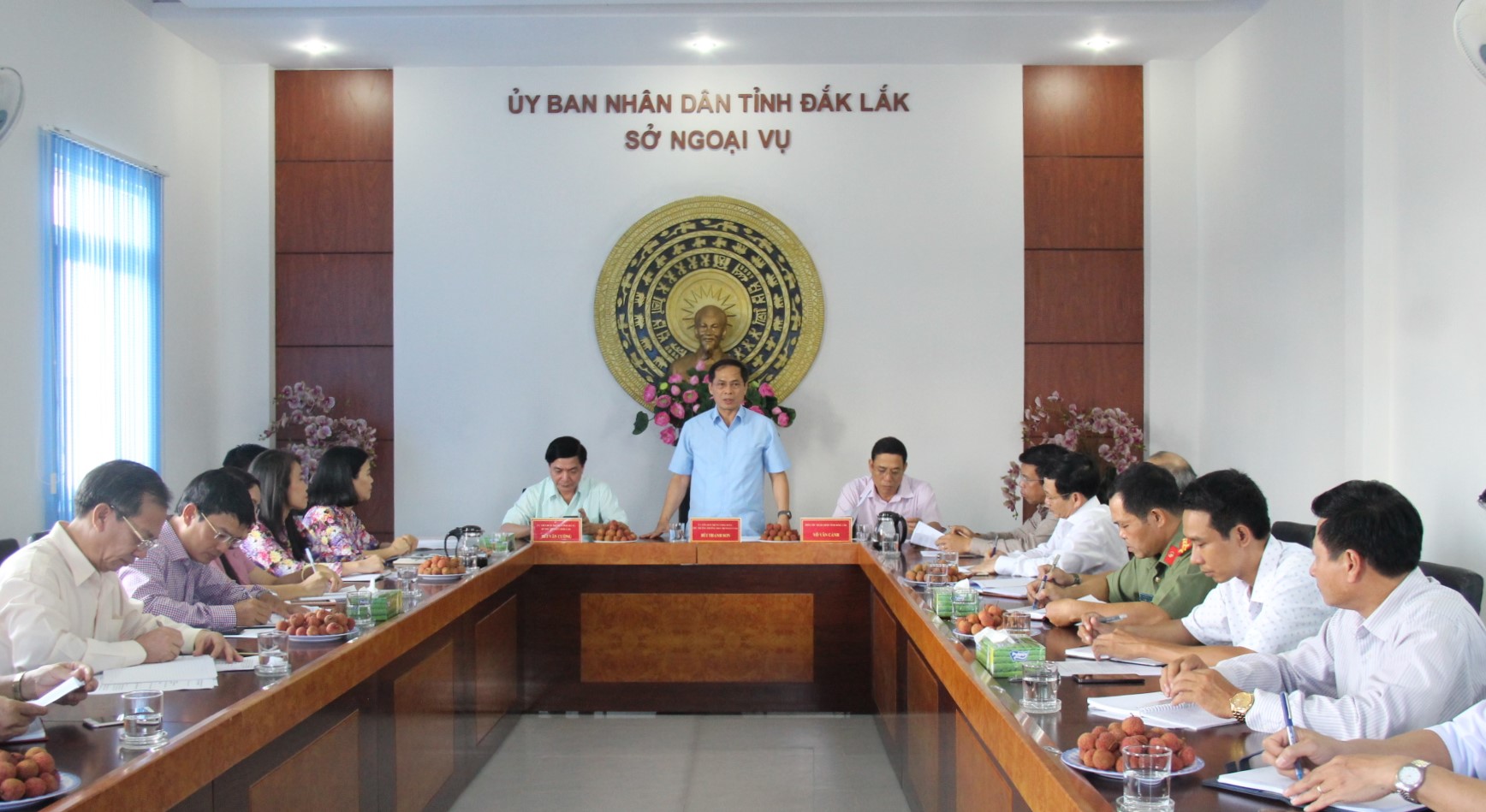 According to a report at the meeting, over the recent years, Dak Lak province has issued and implemented many directive documents on foreign affairs, aiming to actively deployed cultural diplomacy for promoting and introducing the province’s image to domestic and foreign friends, organize and participate in roadshows as well as to establish cooperation and sibling relationships with some localities of Cambodia, Laos, South Korea, Mongolia, Australia through the signing of MoUs or Cooperation Agreements.

In addition, the foreign non-governmental aid mobilization has been actively implemented. Currently, the province has 23 FNG aids from 18 foreign donors with a total committed capital of over US $ 2.4 million. The aids focused on a number of areas such as health, social security, construction of education infrastructure, improvement of livelihoods for disadvantaged people and ethnic minorities in remote areas. Regarding border management, the province has completed the work of planting the main border markers and the demarcation of the border segment from the 44th border markers to areas adjacent to Dak Nong province ... 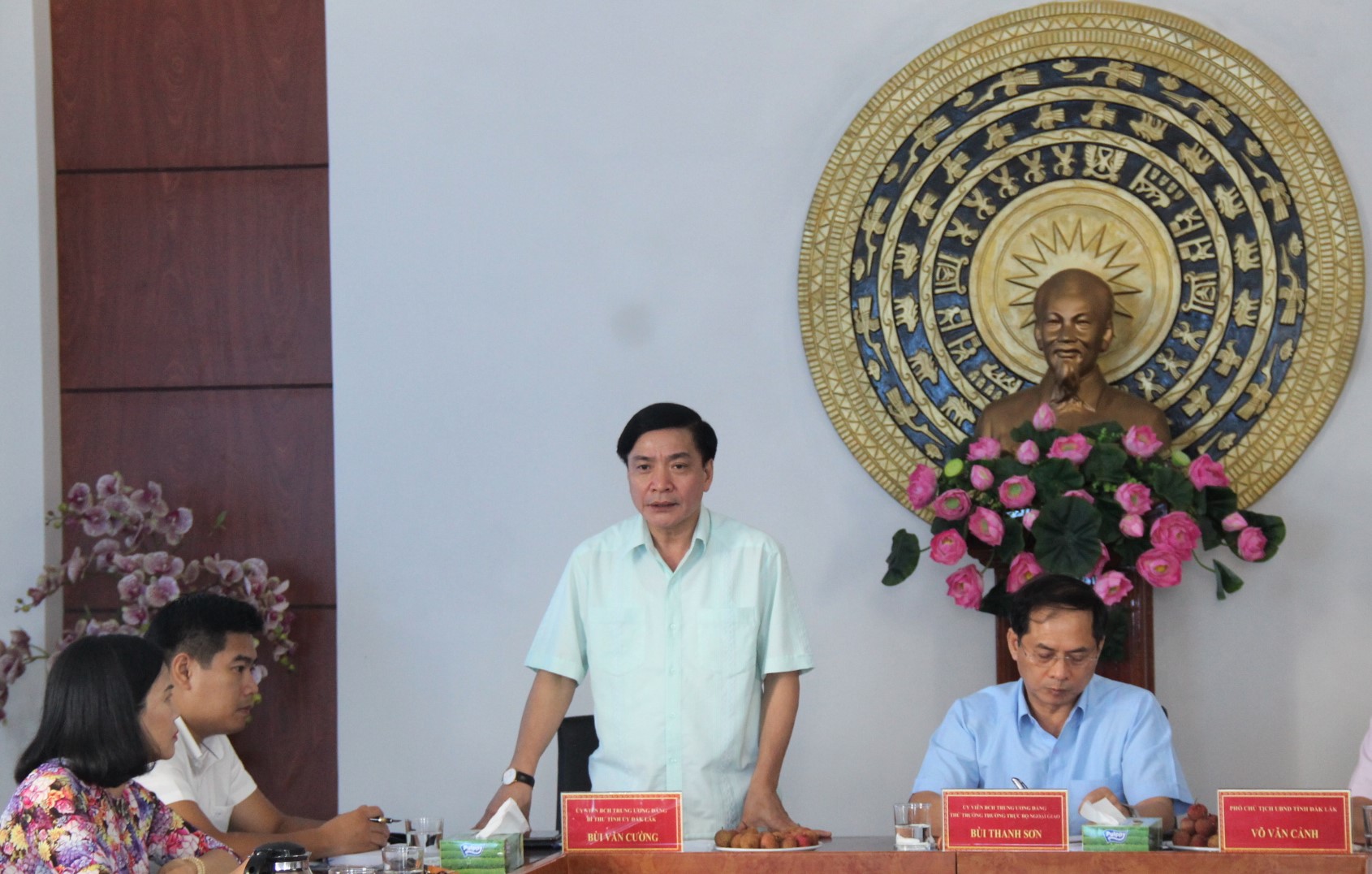 To promote the achieved results, in the coming time, Dak Lak province will continue to maintain and develop relationships and cooperation with foreign localities in depth; organize delegations to local promotion in foreign countries according to the approved plan; promote the FNG aid mobilization under the Program to enhance cooperation and FNG aid mobilization of Dak Lak province in the period of 2020-2025. 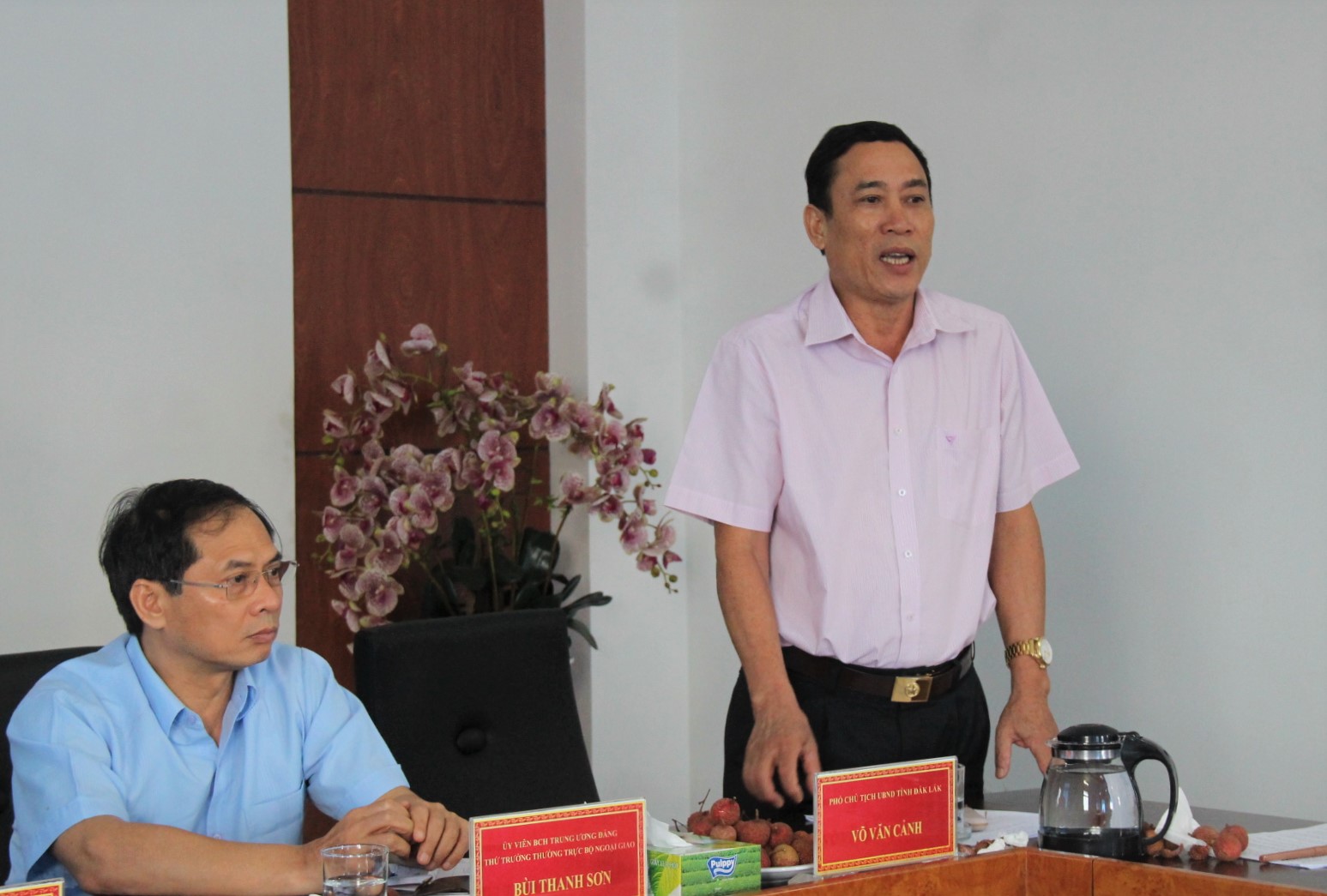 At the meeting, Dak Lak province suggested that the Ministry of Foreign Affairs should pay attention to and support the province to exchange with Vietnamese representative missions abroad in order to maintain the connection with potential partners that the locality has met and contacted during the promotion programs abroad, and provide regular contact for the province to continue effective exchange, introduction and promotion activities. The province also asked to further foster  foreign skills  on cultural diplomacy for the locality; guide the province in aid mobilization from FNG organizations; promote negotiations with the Cambodian to help the province complete the demarcation early... 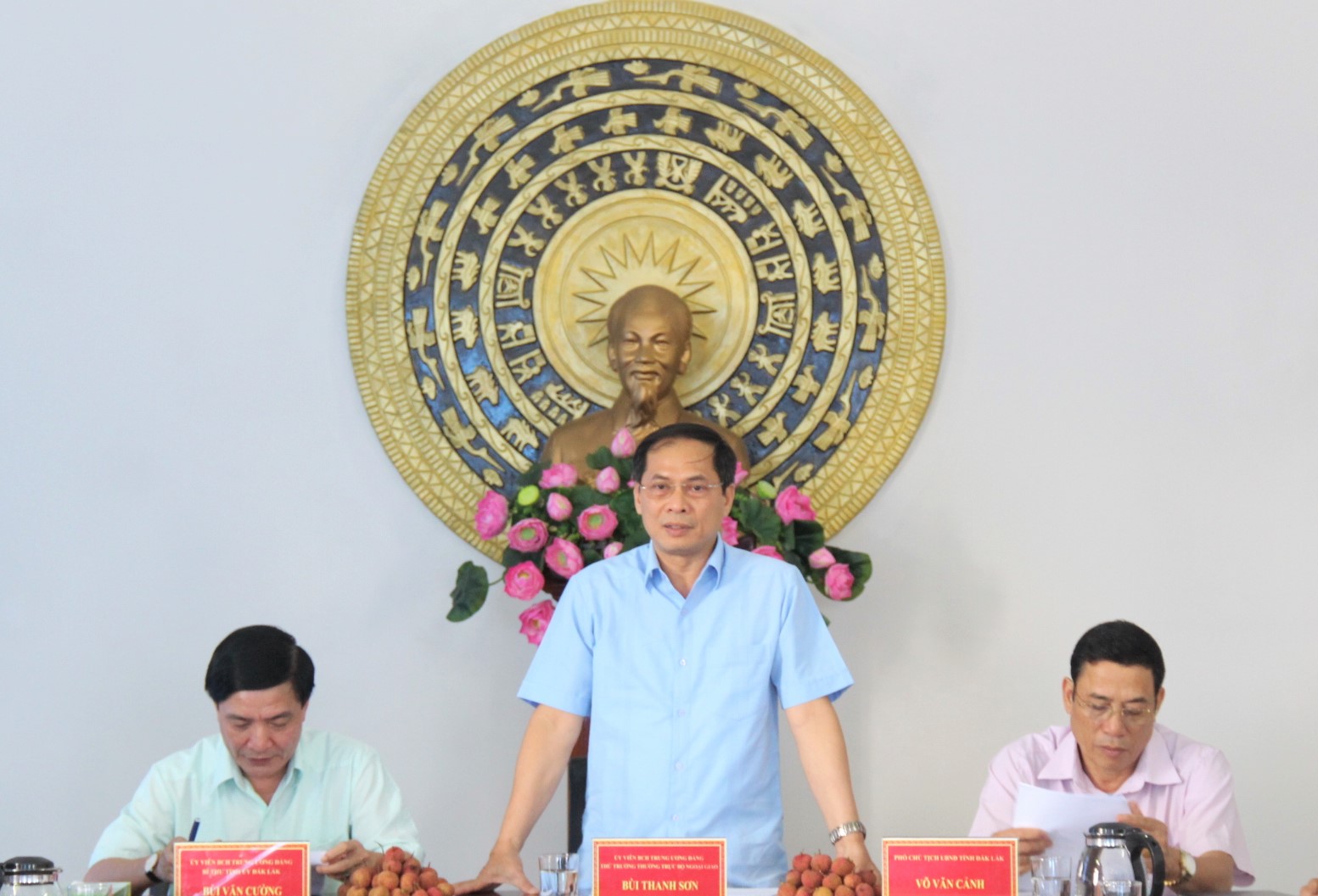 At the conclusion of the meeting, Permanent Deputy Foreign Minister Bui Thanh Son noted the achievements that Dak Lak province has achieved in foreign affairs recently. Simultaneously, he suggested that the province should continue to maintain and develop deep and close relationships with the localities of Cambodia and Laos; identify the key points of the local socio-economic development in the coming time to effectively implement the promotion and connecting potential partners; further introduce and promote the potential and advantages of the province effectively for promoting the deeper and sustainable international integration process; effectively deploy the work of demarcation and border markers planting ...