At the meeting, participants discussed some targets as follows: Annual growth rate of GRDP in the period of 2021-2030 reaches 13.5% per year; service sector accounts for 66.62%; industry, construction accounts for 30.28% and agricultural sector occupies 2.01%; Per capita income would have reached VND85 million by 2030; annual budget revenue increases 12% on average; Total social investment capital in the period of 2021-2030 would reach VND395,000 billion; the city would have the population of 550,000 people; the rate of trained workers is over 75% and vocational training is over 55%.

Mr. Bui Van Cuong, member of the Party Central Committee, Secretary of the Provincial Party Committee speaks at the meeting 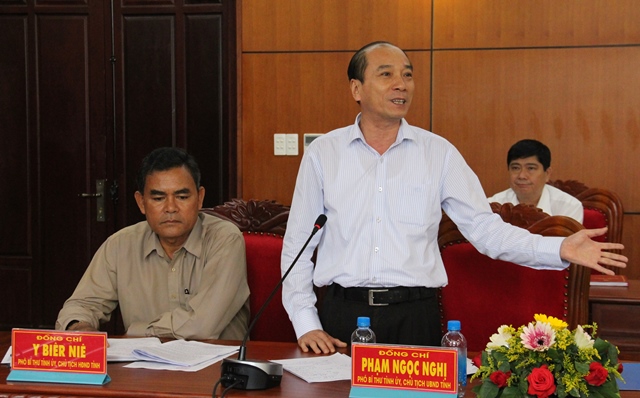 In addition, the meeting focused on new points including: the socio-economic development of Buon Ma Thuot City as a primary urban in the Central Highlands; new viewpoints on the city’s construction and development in the coming period; some indicators of smartness, green, ecology, humanities, living standards, identity; specific policy mechanisms, efforts to improve the business and investment environment aiming to attract investment in the development of socio-economic infrastructure and transportation, linking the socio-economic development with national defense and security. The delegates suggested some specific mechanism and policies, mechanism of financial allocation, ODA loans, investment attraction, socialization of public services and city management as a primary city in the Central Highlands and towards the centrally-run city. 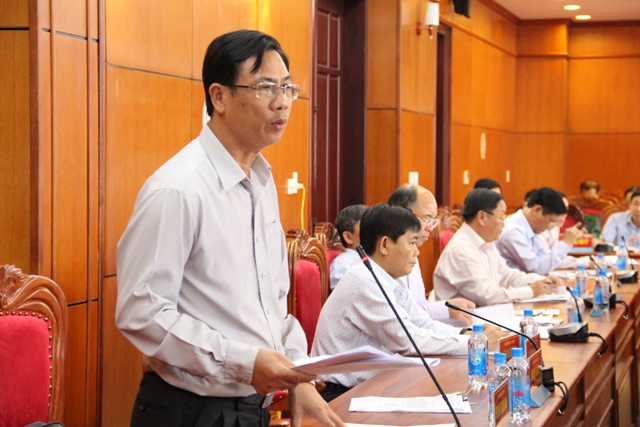 Addressing the meeting, Mr. Bui Van Cuong - member of the Party Central Committee, Secretary of the Provincial Party Committee highly appreciated comments given by delegates. He emphasized that building and developing Buon Ma Thuot City into a primary city in the Central Highlands is a common result of the whole province, so the draft Resolution must have active participation of the Departments and sectors. On the basis of the shortcomings at the meeting, departments and agencies should coordinate with the city in completing the draft; send written comments to the Provincial Party Committee before August 5, 2019. The editing team will be adjusting some targets before submitting to the Commission for Economic Affairs and reporting to relevant ministries and sectors.