According to the Provincial Steering Committee 389, the situation of smuggling, producing and trading fake goods, prohibited goods and poor-quality goods in 2019 is still complicated. In this situation, the provincial functional forces, through the inspection and supervision, discovered and handled 3,616 violations; more than 125.6 billion VND came into the State budget as fines, of which, administrative penalties surpassed 48 billion VND, confiscated goods worth nearly 4.4 billion VND. The mainly confiscated items were 1,145.1 kg of firecrackers, 2,772 boxes of western drugs, 177,794 liters of gasoline, 22,222 packs of smuggled cigarettes, 2,079.68 m3 of logs…The number of violations decreased by 81 cases (equivalent to 2.2%), the amount of fines reduced by 1.5 billion VND in 2018. 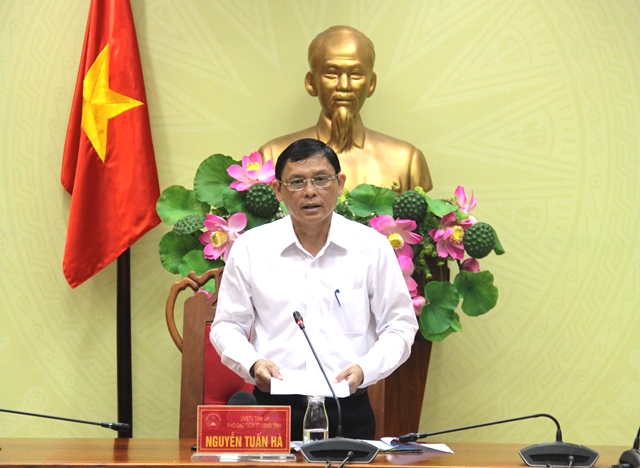 In general, the observance of laws by business subjects has positively changed and increased day by day; the rights and interests of consumers were better protected. Nevertheless, the situation of counterfeit goods, fake goods, poor-quality goods and trade frauds in the trading of petroleum, liquefied petroleum gas still occurs in the provincial market; modes and procedures of trade frauds activities are more complicated and sophisticated, while the coordination of inspection and control between functional forces with enterprises has not been regular, the system of legal documents violations still overlap and is not synchronized... 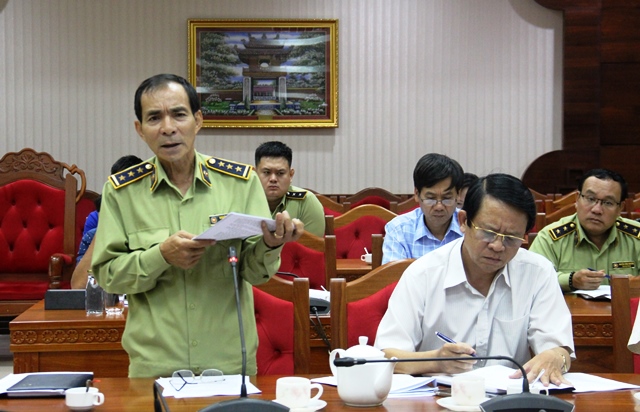 Addressing to the meeting, Mr. Nguyen Tuan Ha, Standing Deputy Chairman of the Provincial People's Committee requested that in the coming time the Provincial Steering Committee 389 should focus on strengthening effective inspection, control and prevention of the illegal transportation and trading of commodities that are forecasted to have great consumption such as fertilizer, petrol and liquefied petroleum gas. He also emphasized the inspection of food hygiene and safety, drugs, health protection equipment for the Covid-19 prevention, as well as the strict control and handling of violations in multi-level sale activities, gathering and trading of smuggled cigarettes... 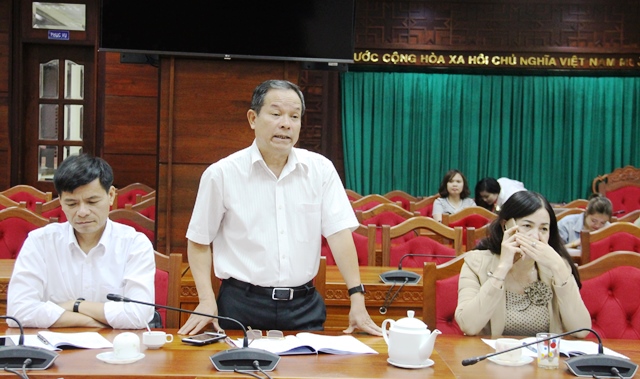 The Department of Taxation leader speaks at the meeting

In addition, Mr. Nguyen Tuan Ha said that the Provincial Steering Committee 389 must drastically and actively cooperate with other agencies to help the taxation sector reduce revenue loss and report to the Provincial People's Committee Office monthly. He also requested to handle urgent complaints of organizations and individuals published on the mass media and prepare for the Signing Ceremony between the Public Security Department and the Market Surveillance Department against revenue losses in circulation. The Provincial Steering Committee 389 also proposed reviewing and promulgating the consolidation of the Steering Committee and key tasks for 2020 to accomplish the set goals. The Steering Committee, at the same time, proposed to control the collection of online business tax and circulation; formulate a plan to mobilize enterprises in the province to pay taxes.