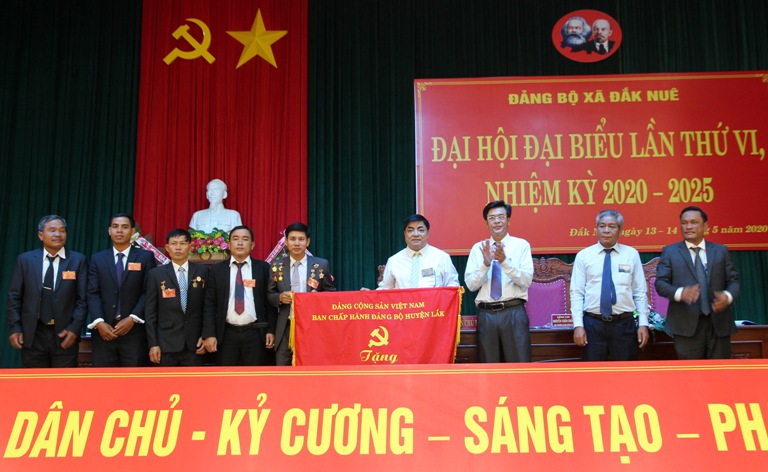 During the term of 2020-2025, Dak Nue Party Committee focused on leading, directing and well implementing the set targets and achieved remarkable results. Particularly, the annual economic growth rate reached 11%; the average income per capita achieved VND 16.5 million per person per year (reaching 100% of the target set out in the Resolution); the rate of hardening inter-village roads and inter-hamlet roads reached 75% while inter-field roads reached 50%. Besides, the commune implemented 71 livelihood development models with a total investment of over VND 5.1 billion and 961 beneficiary households. In addition, 1,688 households were financially supported with a total amount of VND41.9 billion from the poverty reduction program; then the rate of poor households was 39.3% (a decrease of 17.6% in comparison with the beginning of the term). 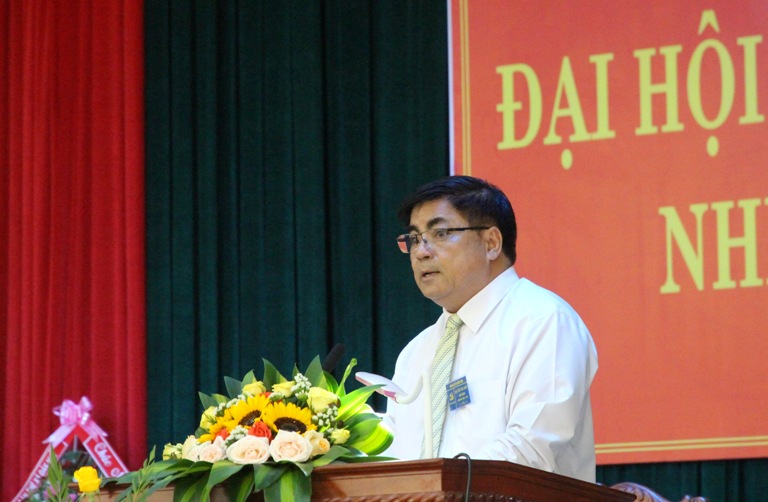 On the other hand, the commune paid attention to improve the social security policies, the material and spiritual lives of the local people as well as to maintain the political security and social order and safety. The Party building work also focused on the innovation and improvement of both the quality and effectiveness in association with studying and following President Ho Chi Minh’s ideology, morality and style. The entire Party Committee admitted 47 new Party members and 88% Party Cells and Party members fulfilling their duties well during the last term. The delegates of the Congress spent many time to point out limitations and shortages in the last term while discussing and giving opinions on the draft Political Report of the Party Congress for the new term. 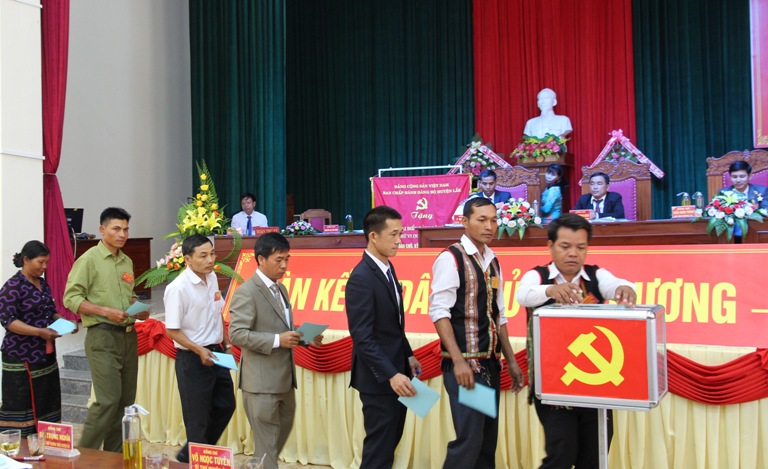 Promoting the achievements, the Congress’ delegates voted to approve key targets for the 2020 – 2025 term with the details as follows: the average income per capita reaches VND 22million per person per year; the commune meets five more criteria of the new-style area building program while remaining nine achieved criteria by 2025; the rate of poor households reduces to below 20%; 100% classrooms are solidified; the rate of students drop out of schools decreases to below 0.6%; annually, 100% of Party Cells and Party members complete their task well;  45-50 new members are admitted in the term… 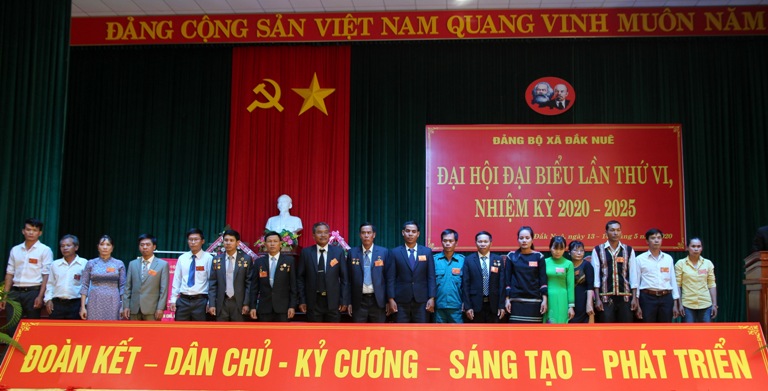 The Executive Board of Dak Nue commune Party Committee, term 2020-2025, and the delegation attending the upper-level Party Congress launch at the Congress

With the spirit of solidarity, democracy and intellectual concentration, the Congress elected 14 members to the 6th Executive Board of Dak Nue Party Committee, term 2020 - 2025. At the first meeting, the Party Executive Board elected five members to the Standing Board; Mr. Nguyen Thanh Hung - Chairman of the People's Committee was elected as the Secretary of Dak Nue Party Committee for the 2020-2025 term. The congress also elected 14 official delegates and one alternate delegate to attend the upper-level Party Congress.