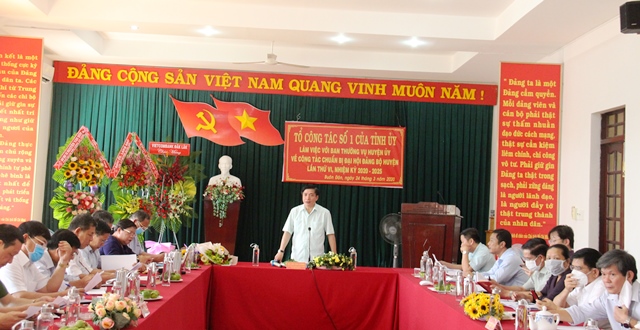 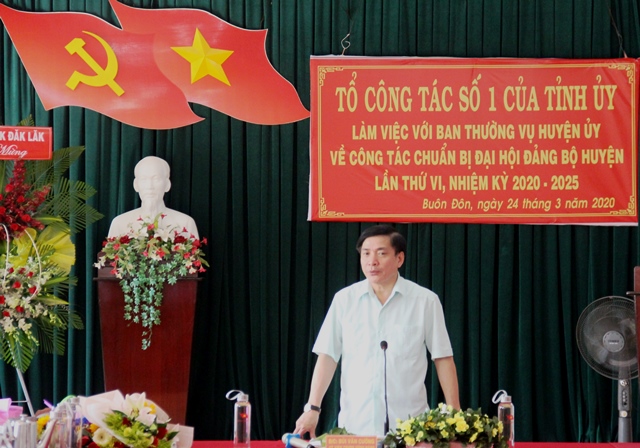 Speaking at the meeting, Mr. Bui Van Cuong, Member of the Party Central Committee, Secretary of the Provincial Party Committee appreciated the efforts of Buon Don District in preparing the Party Congress at all levels in a synchronised and firm manner, meeting the set requirements and in accordance with regulations. The Provincial Party Secretary stressed that the building of documents needs be careful and thorough, focusing on the evaluation and conclusion with a condensed and concise manner. In addition, the Political report should identify a significant breakthrough and key tasks as well as the targets for the next tenure. In reference to the personnel work, the selection and introduction of staff and officials to the Party committees should comply with the process, structure of gender and age, especially must be ensure the rate of young staff and female staff. Political documents submitted the Congress must specific tasks and the strengths of each commune and have to promote the collective intelligence. 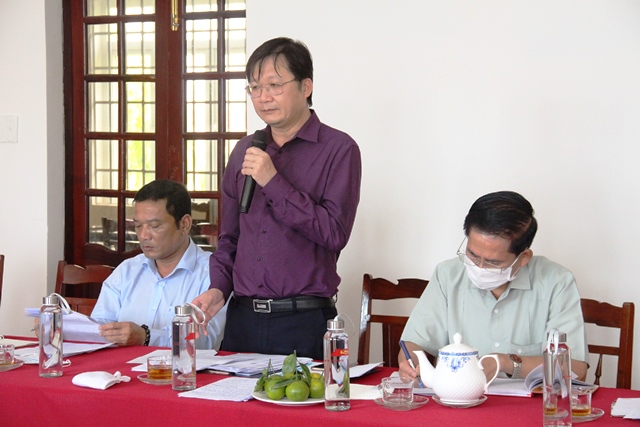 The Agriculture and Rural Development Department leader speaks at the meeting

At the meeting, the working delegation No. 1 discussed and commented on the main contents of the draft political report of the Congress of the Buon Don District Party Committee as the personnel work of the party committees of the district command and communes; the adjustment of solutions and targets for the development of tourism, renewable energy and agriculture in large-scale; the development of citrus trees in line with VietGap standards and ensuring the output of products; the building of new-style rural areas… 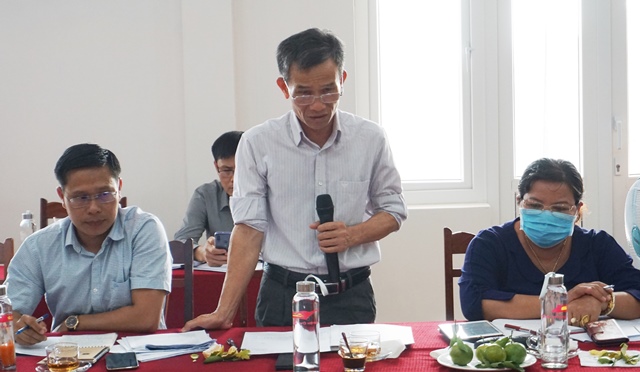 Print The Working group No. 1 of the Provincial Party Committee controls the preparation for the Party Congress of the Buon Don District Party Committee
Other news
Map