On the morning of May 10th, at Division 470, Truong Son - Ho Chi Minh Trail Traditional Association of Dak Lak province solemnly celebrated the 60th anniversary of Ho Chi Minh Trail, Traditional Day of Truong Son Army Corps (May 19th, 1959 - May 19th, 2019). Attending the ceremony were Vice Chairwoman of the Provincial People's Committee H’Yim Kdoh and more than 350 representatives who are Truong Son veterans, former soldiers of Division 470 living and working in Dak Lak. 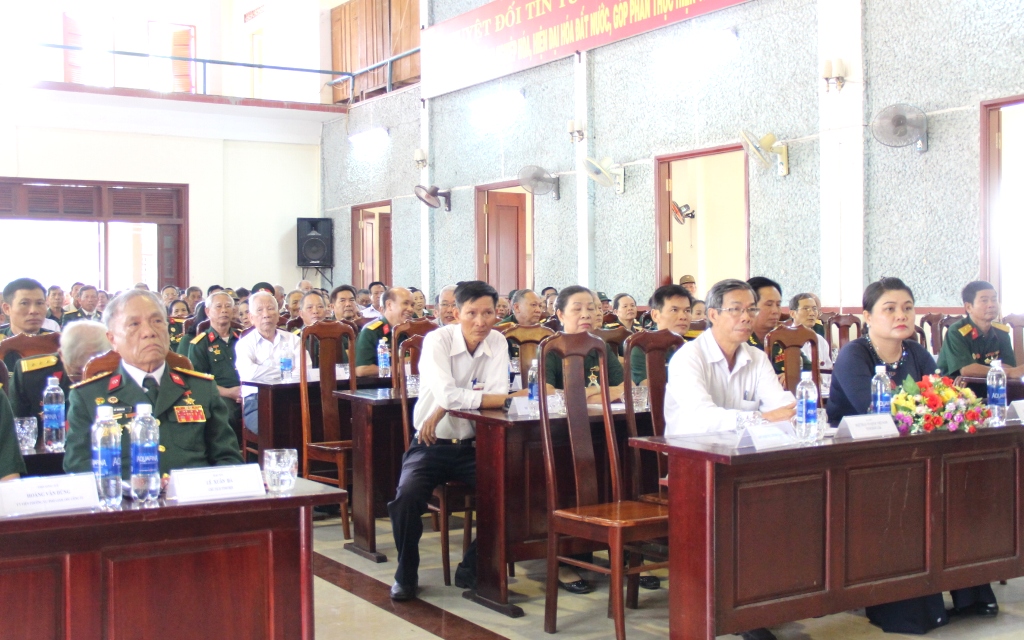 At the meeting, the delegates reviewed glorious period when they had lived and fought in Truong Son. On May 19th, 1959, the Standing Committee of People’s Army of Vietnam officially assigned tasks to "Special military Group" - Group 559 led by Lieutenant Colonel Vo Bam to open Truong Son Trail with the aim of supporting for the Southern battlefield. At the beginning, Group 559 had only more than 500 officials and soldiers. After 02 years of establishment, Group 559 was upgraded to division-level on October 23rd, 1961. With the agreement of the two parties including Vietnam and Laos, Group 559 “flipped” its line of communication to the western side of Truong Son Mountain to officially open a supply line in Laos which brought a new opportunity and new conditions for building and developing the supply line. 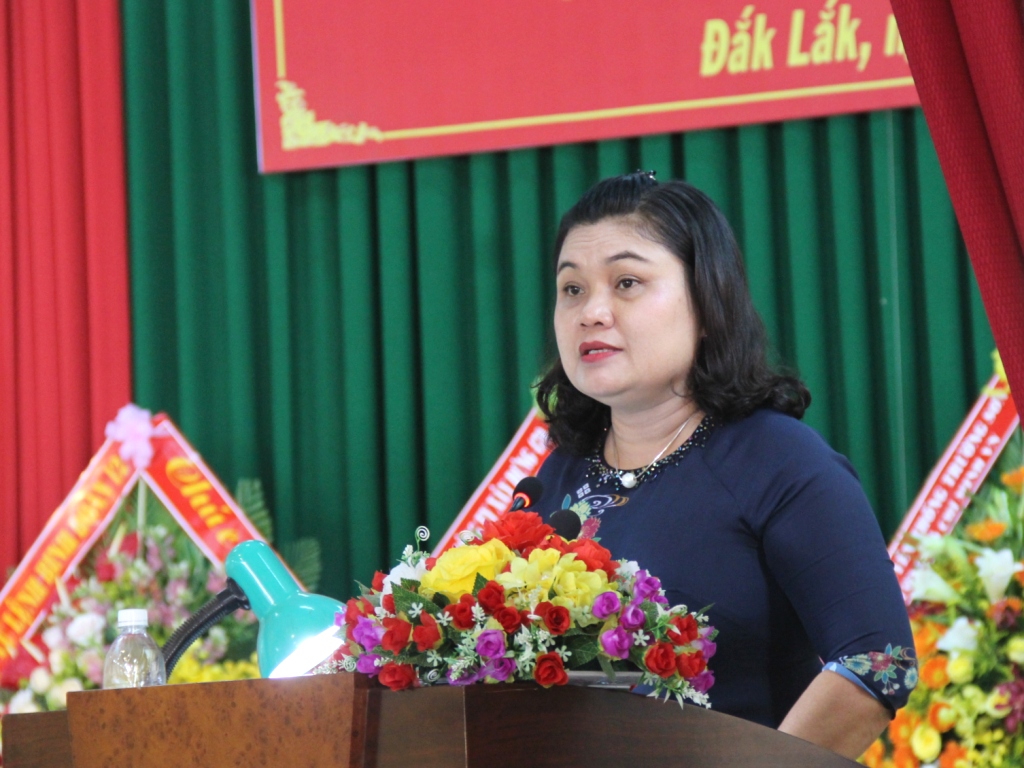 On April 3rd, 1965, Group 559 acquired Command 559 - the corps-level status of a Military Region to transport for the battlefield. On July 29th, 1970, Command 559 was designated the Truong Son Command. Truong Son officially became an important and large battlefield including 11 provinces of Vietnam, 7 provinces of Southern Laos and 4 provinces of Northeastern Cambodia, unifying the command of Vietnamese forces operating in the middle and southern provinces of Laos. In the period of 1973-1975, Truong Son Command had a strong force with 9 army divisions and 21 affiliated regiments, more than 100,000 officials and soldiers and 10,000 young volunteers. 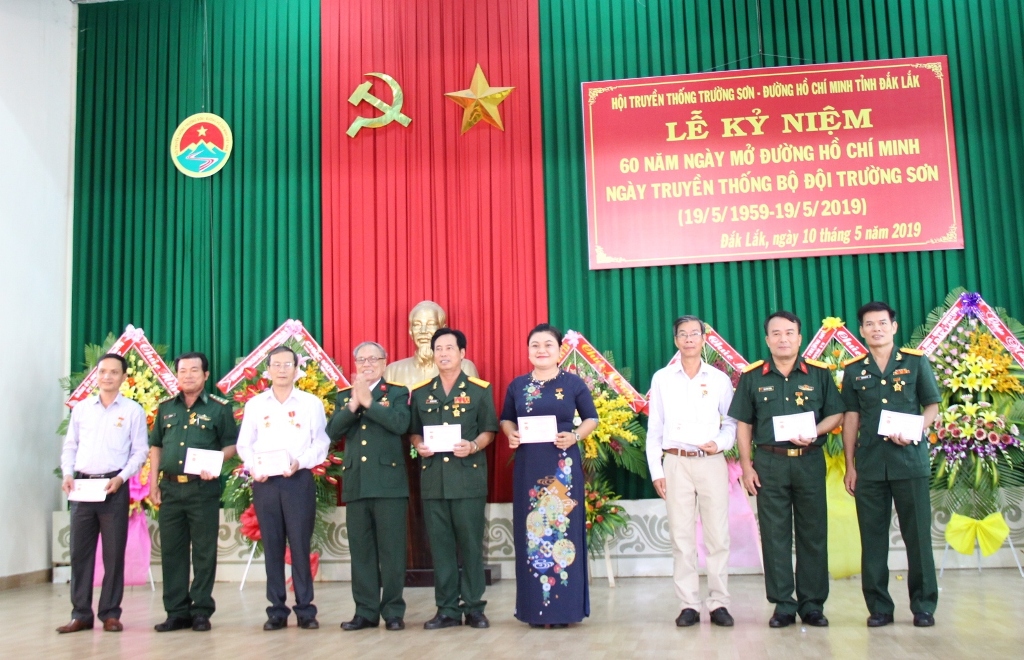 To promote the fine tradition of Truong Son soldiers, in Dak Lak, with the aim of uniting, encouraging members to help each other, preserving and promoting Truong Son soldiers’ tradition, contributing to building locality and national defense, after nearly 10 years of establishment, the Truong Son – Ho Chi Minh Trail Traditional Association has gathered  over 850 members; supported funds to build 11 gratitude houses to its members; offered 32 packs of gift to policy beneficiaries; granted 10 scholarships worth VND1 million each to the offspring of its members for their good achievements in learning; helped 15 members escape poverty sustainably; increased the Association’s Fund to VND540 million and contributed VND 230 million to the new rural construction.

Presenting gifts to members with difficult situation in the province

On this occasion, Truong Son - Ho Chi Minh Trail Traditional Association awarded the Medal of "Truong Son - Ho Chi Minh Heroic Soldiers" to 9 individuals who have built and developed the Association strongly and comprehensively; Certificates of Merit to a collective and 3 individuals who have made outstanding achievements in traditional activities; donated VND 12 million to 3 members who have special difficulties in Dak Lak province.