The National Traffic Safety Committee (NTSC) on the morning of April 24 organized a teleconference to review the traffic order and safety in Q1 of 2019 and deploy new plans for Q2 of 2019. The teleconference was chaired by Mr. Truong Hoa Binh, Permanent Deputy Prime Minister and Chairman of the NTSC.

Attending the conference at Dak Lak, there were Vice Chairman of the Provincial People's Committee Y Giang Gry Nie Knong and leaders of the Department and branches. 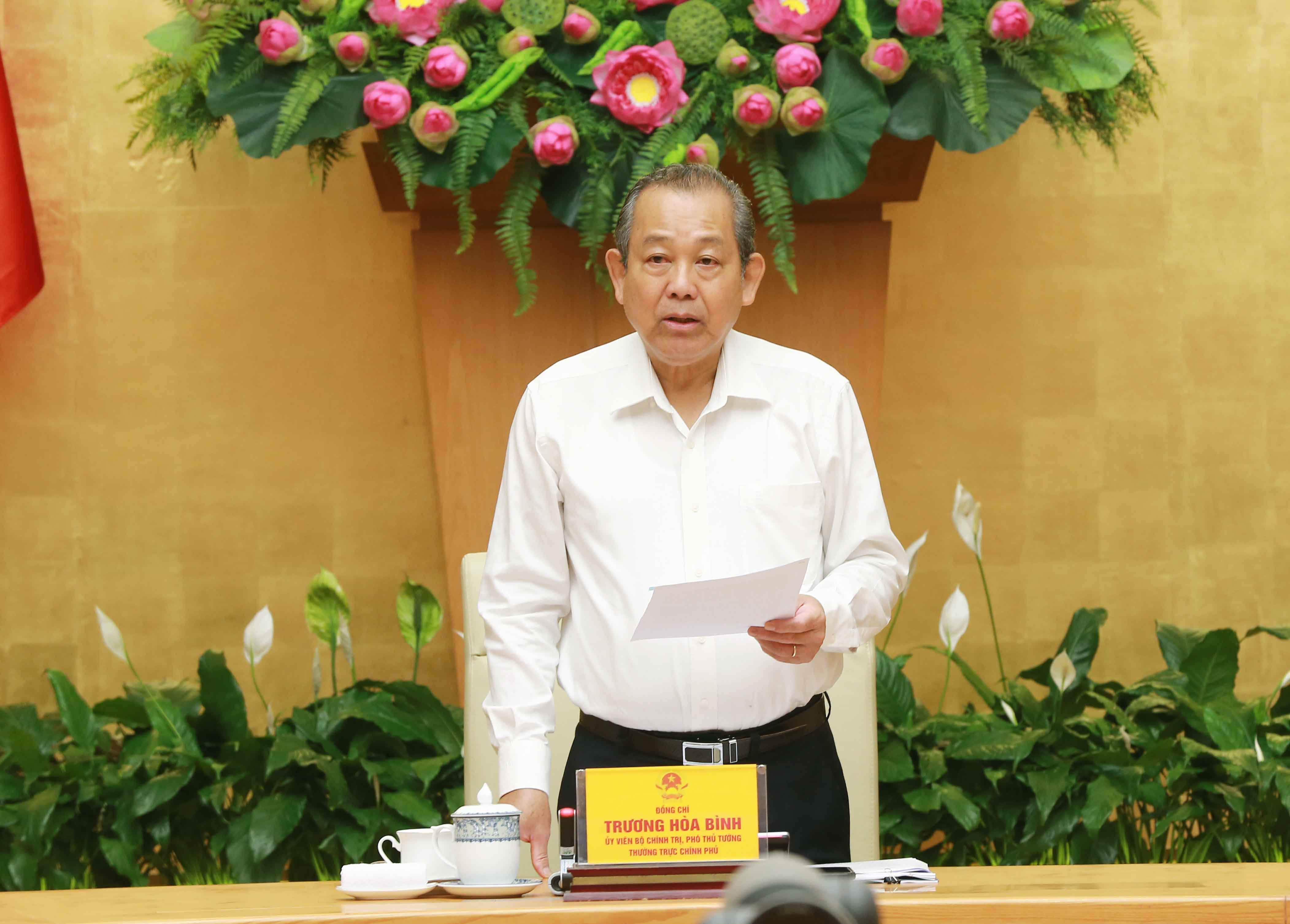 Speaking at the conference, Permanent Deputy PM and Chairman of NTSC Truong Hoa Binh said that Q1 of 2019 is the peak period of traffic order and safety because it is the time of the Tết holiday and spring festivals throughout the country with high traffic density and the high demand of alcoholic consumption of the people.

However, the Permanent Deputy PM also frankly said that, in Q1 of 2019, traffic safety order and safety is still very complicated. Specifically, the number of deaths in 19 localities increased; specially, by over 20% in 10 provinces. Besides, there were still some serious accidents. The situation of unlicensed coaches saw an increase, even many transporters registered to reserve their routes are actually parking and taking passengers in wrong places at the wrong time; Traffic congestion in big cities, especially in Hanoi and Ho Chi Minh city, is still very complicated, etc.

Delegates of Hai Phong city speak at the teleconference

On the basis of the direction of the Permanent Deputy PM, the NTSC required the ministries, central branches, localities across the country should continue to promote the propaganda on the traffic order and safety, strictly handle the violation of alcohol concentration; drivers using phones, motorbike drivers not wearing a helmet. Besides, the NTSC suggested the effective implementation of ensuring traffic order and safety in the field of overland roads, railways and inland waterways; at the same time tightening the training, testing and driving license issuance and handling accident hotspots on the roads throughout the country.

The NTSC also asked localities with an increase of deaths due to traffic accidents to overcome shortcomings, drastically implement measures to reduce traffic accidents, and prevent serious accidents.

At the teleconference, representatives of ministries, central branches and Traffic Safety Committees of provinces and cities discussed and reviewed the results of ensuring traffic order and safety during holidays as well as directions in the time next time. Participants at the teleconference also reviewed the health checks for drivers of transporters, proposed recommendations to reduce traffic accidents, etc.