On the afternoon of August, the Provincial Standing Party Committee delegation led by Mr. Bui Van Cuong – Member of the Party Central Committee, Secretary of the Dak Lak Provincial Party Committee had a meeting with Ea Kar district to review the achievements during the first seven months and to launch tasks for the last months of 2019. 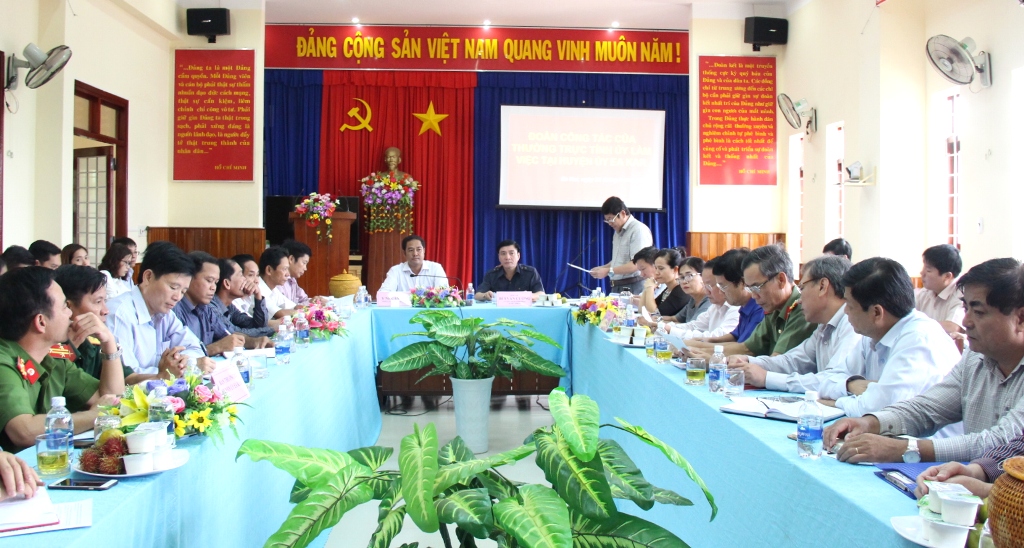 According to the report at the meeting, the total State budget revenue in the district gained VND78.8 billion, reaching 56.8% of the estimate assigned by the Resolution; total production value got an estimate of over VND3,887 billion, up 8.7% compared to the same period in 2018; the whole district has 23 newly established enterprises, raising the total number of enterprises to 389 for the first 7 months of 2019.

In addition, the district mobilized over VND1,034 billion to implement the new rural construction program during the first seven months. Until now, Ea Kar has achieved and basically reached 210 over 266 new rural criteria, averaging 15 criteria per commune, reaching 94.2% of the estimate assigned by the Resolution. Moreover, the district has two communes meeting the “new-style rural area” standards and is trying to have more three communes meeting the standards for the new rural areas.

Besides, Ea Kar district has paid attention to fields of health care, education and training, culture, sports, propaganda information to meet the needs of the people. The Party building and building of the political system have been strengthened  to and the national defense and security has been guaranteed. 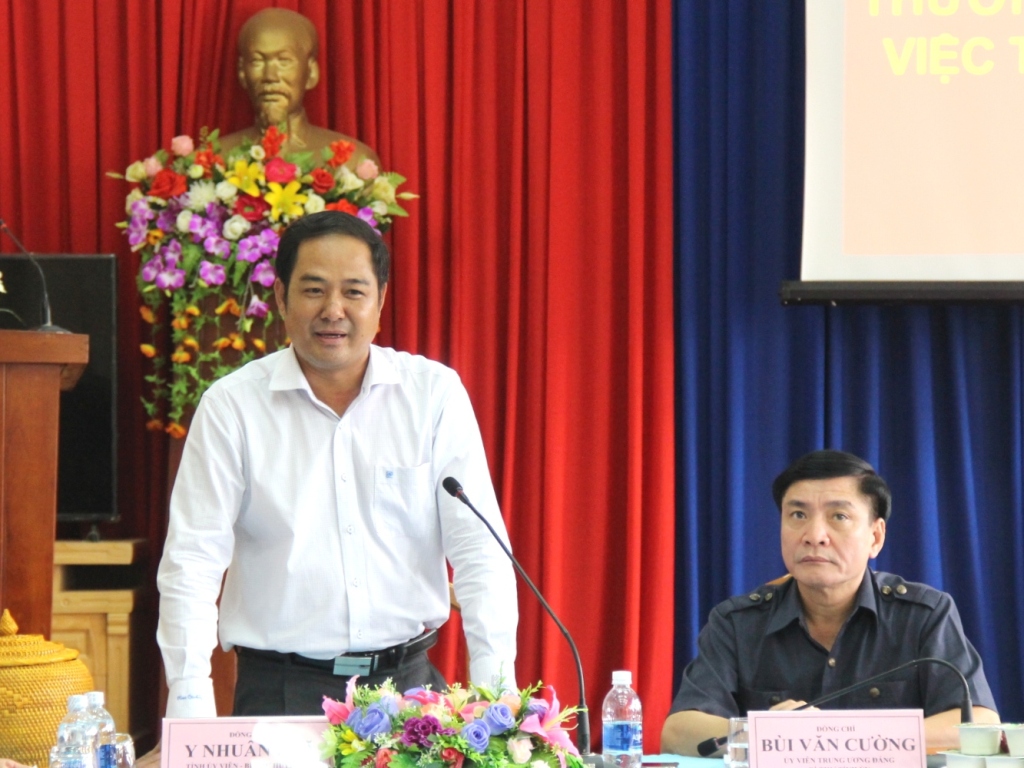 At the meeting, Ea Kar district proposed the Provincial Party Committee delegation with some recommendations such as: guiding and solving problems related to compensation, site clearance and resettlement in the area of Krong Pach Thuong reservoir project; leading to build Ea Kar district into a town under the Provincial Party Committee’s Resolution; supporting the construction of a new centralized administrative area of Ea Kar district at villages 6 and 9 in Ea Dar commune; creating favorable conditions to build the Central Market in Ea Kar township. 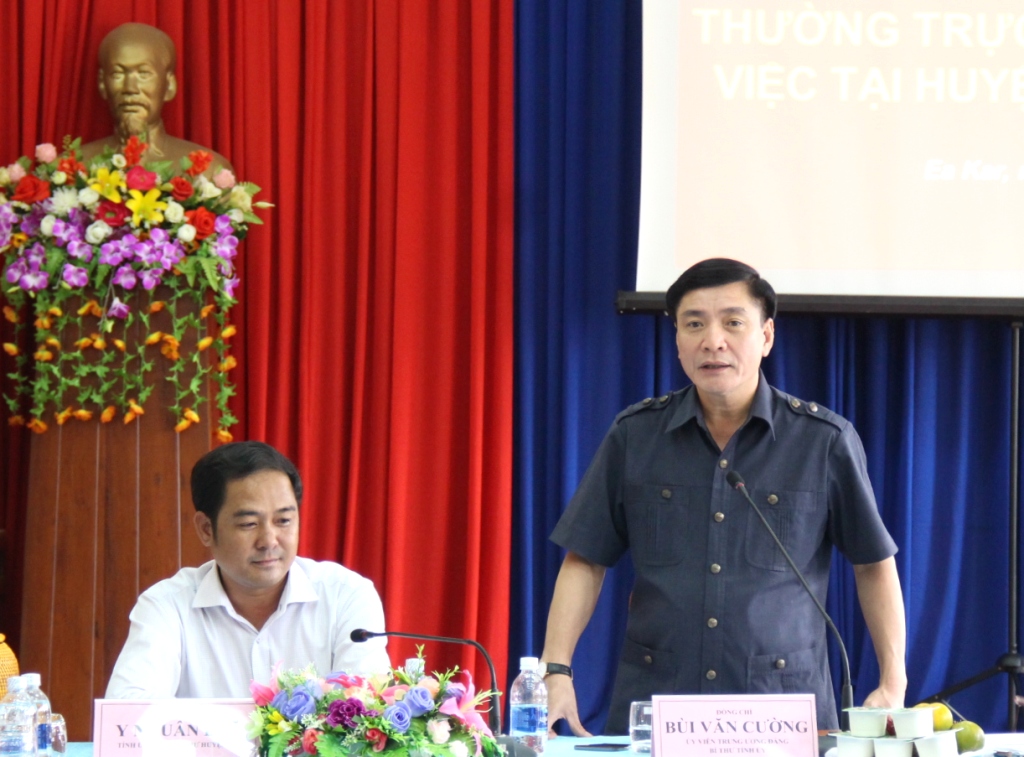 Mr. Bui Van Cuong – Member of the Party Central Committee, Secretary of the Provincial Party Committee speaks at the meeting

Concluding the meeting, Mr. Bui Van Cuong - Member of the Party Central Committee, Secretary of the Provincial Party Committee directed that Ea Kar district, in the coming time, should focus on reviewing and evaluating the implementation of the assigned targets and plans to timely have a solution appropriating with the practical situation in order to successfully implement the targets and tasks of 2019 and the term of 2015-2020.

The Secretary also directed Ea Kar to study and elaborate its overall socio-economic development planning for the new period; to promote measures for the State budget revenue, ensuring the achievement and exceeding the assigned plan; to concentrate on directing the site clearance, speeding up the progress of disbursing basic construction investment capital of key plans and projects; to focus on developing local agricultural products and cooperative economy to increase product value; to strengthen forest management, protection and development; to effectively implement disease prevention and control.

Furthermore, Ea Kar district should pay attention to developing a plan to implement the Politburo’s Directive No. 35-CT/TW dated May 30, 2019 on the Party Congress at all levels and proceeded to the 13th National Party Congress; building the strong and comprehensive Party and political system, effectively implementing new Party members' development; strengthening the political security, social order and safety in the district area; effectively implementing regulations on receiving the people, direct dialogue and handling the people's recommendations and proposals; definitely and effectively settling complaints and denunciations of citizens ...