According to the report at the Conference, the PAR index in 2019 shows that the scores of departments, agencies, and People's Committees of districts, towns and city tend to be improved and relatively high compared to the previous year. The component indexes of the leading group achieved quite high and evenly. 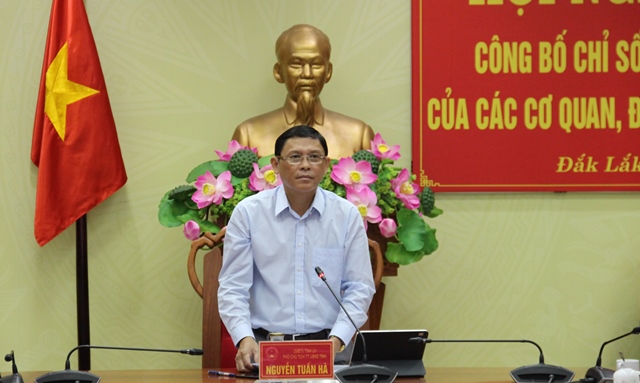 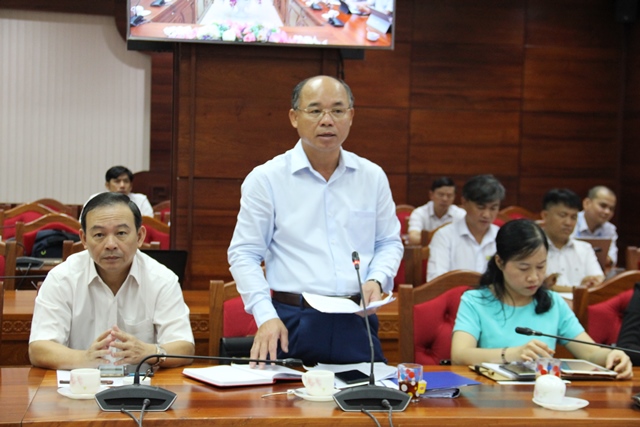 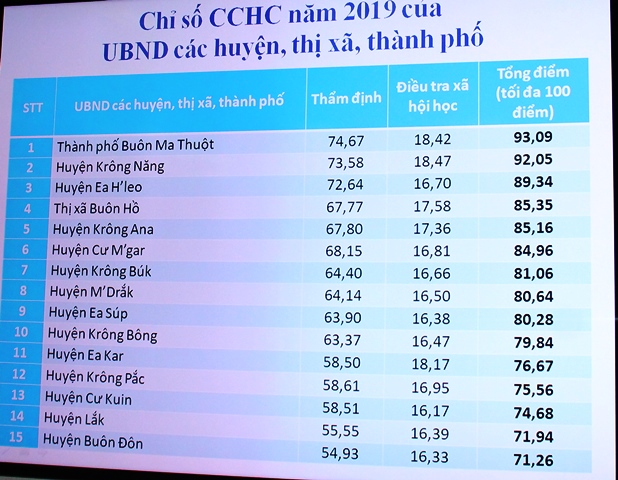 According to the assessment at the Conference, the leading group has high and uniform index whereas the bottom group has lower index and there is a slight difference in the results achieved by the component indicators in each unit. Particularly, the ISO index has uniformity among units, reaching the rate of 100 per cent. The component index on IT application has improved significantly compared to the previous year, which is a positive signal to promote modern administration. 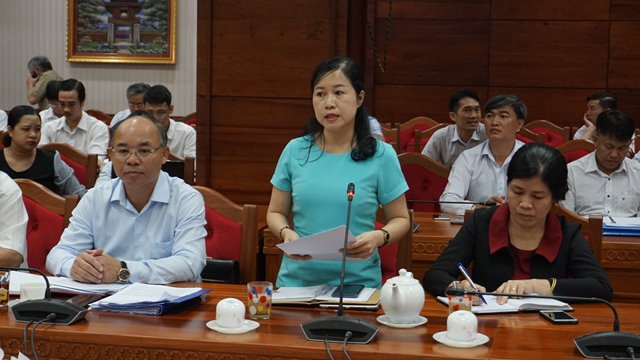 However, the field of building and organizing the implementation of legal documents at a low level falls into Department of Planning and Investment (47%); Department of Industry and Trade (68%); Committee for Ethnic Minority Affairs (73%) and this should be paid attention and given direction in the coming time.

At all localities, the People's Committee of Buon Ma Thuot City led all 15 districts and city to top the Provincial Competitive Index (PCI) for the third consecutive year in 2019 with the score of over 93 per cent and the remaining 14 localities achieved the scores of 71 per cent to less than 93 per cent, none of the localities had the lower index. 50 per cent the districts with low indexes of construction and implementation of legal documents need to be paid attention in the coming years such as Krong Pac, Eakar, Buon Don and Krong Buk districts. The sociological investigation to collect opinions of different groups of subjects on PAR results for determining the PAR index in 2019 was organized with the right subjects, in accordance with the regulations, ensuring the time and rate of collection.

Speaking at the Conference, Deputy Chairman of the Provincial People's Committee Nguyen Tuan Ha emphasized that the departments and sectors have actively participated in the implementation of this task. In the coming time, the Department and branches are requested to continue to closely follow the PAR tasks in the last 6 months of 2020, well performing the "The year of satisfaction of the people and businesses about the public service ”. Localities should invest in infrastructure and modern equipment, proactively building e-government, increasing the effective use of Igate system, online public service at level 3, 4 as directed.

At the same time, departments, sectors and localities have proposed solutions to overcome the limitations and continue to apologize in writing when the administrative procedures are overdue; improve capacity and attitude to serve people for civil servants; put PAR targets into resolutions of the Party Committee of each unit and locality.

Department of Home Affairs continues to innovate and assess the PAR index annually to ensure objectivity and comprehensiveness. The People's Committees of districts, towns and cities shall intensify the propaganda of public services to the grassroots level; organize a contest to find innovations, good ways to improve PAR management to bring practical benefits. Department of Information and Communications advises to improve the quality of online public services, effectively use the synchronous online transactions from the province to the grassroots.

On this occasion, the Provincial People's Committee awarded 08 individuals with outstanding achievements in implementing the PAR of the province in 2019.